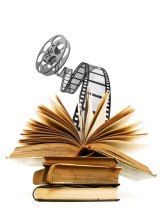 Books adaptations have been big hits in the movie theaters over the last few years, so is it any wonder that the number of books heading to the big screen seem to be on the rise? There are a number of great books making their way to the big screen again this year, some of which I am very excited to see. Here are some of the books-to-movies I am most excited about for 2016. I have included the current scheduled release date for each film, which is subject to change.

You might want to put the books on hold now if you want to beat the rush to read them (or watch previous versions of favorites) before watching the new releases in the theater! I have linked each title to the available versions that our library currently owns. 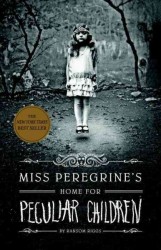 See what's been added to our catalog this week at the Cheshire Public Library at:
Just a reminder, the library is closed July 2-4 for the holiday weekend. Have a happy & safe 4th!
Have a safe holiday weekend and watch out for Land Sharks!
Did you know? Cheshire Library has passes to 14 different local museums, zoos, and parks! These passes are available to Cheshire residents on a walk-in basis (no reserves), and go out for 3 business days. Take a summer adventure with one of our Museum Passes! Visit cheshirelibrary.org/museum-passes to see the full list of passes available.
New middle-grade fiction on our shelves! See something you like? Place a request through our online catalog and we’ll let you know when it’s ready to pick up, it’s as easy as that!
Have you signed up for our Summer Adventure program yet? Kids and adults of all ages can sign up online or in-person at the library. Get a cool drawstring backpack when you sign up (while supplies last, claim yours quickly before they’re all gone!).
See what's new this week at the Cheshire Public Library at:
Pictures from our Pete the Cat music program! A groovy time was had by all!
Smile and Look Pretty by Amanda Pellegrino is our pick for today’s #bookfacefriday.