The story follows Maverick Carter, who is a 17 year old living in Garden Heights. He has been involved with the King Lords gang since his father had previously been a pivotal part of it beforehand. His role is to sell small amounts of weed and recruit new members. He made a nice sum of money from this role and could help pay the bills with his mother. Yet his life turns upside down when he realizes he has a son, which leads him to attempt to leave the gang. The reason he does this since he knows that the environment he is in with a gang would not be good for his son. But things start to change once he finds it harder and harder to scrape money together for his family and the people who support him. Maverick needs to find a way to break the cycle of involvement with gangs. One heart-stopping event occurs when a close friend of Maverick’s is murdered, and once this happens, he truly has to learn how to deal with grief and trauma with people who are still relying on him.

Concrete Rose is a fierce novel with important themes that can be applied to everyday life. For example, in the novel, Maverick struggles with the fact that he is being constantly compared to his powerful father, who was previously part of the gang but is now in jail. Nicknamed ‘Li’l Don’, he has big shoes to fill and constantly feels as though he should be more of a man. His emotional development throughout the book gives an inside look to readers who want to learn more about the father described in The Hate You Give. Concrete Rose is an amazing read, and truly lives up to its name of describing a boy who is struggling to flourish and realize his full potential.

If I Tell You the Truth by Jasmin Kaur

If I Tell You the Truth by Jasmin Kaur follows the story of Kiran and her daughter Sahaara, and it is told from both of their alternating perspectives. A compelling part of the novel is the fact that some of the story is told in verse, while the rest of it reads like a normal novel. When the novel is in verse, it is often to display emotions like sadness or anger. This allows for the distressed thoughts that the characters feel to be expressed deeper. Kiran is Punjabi, and comes to Canada on an educational visa. She leaves her strict family to go to university else where, but the reader soon discovers that she has a child on the way as a result of sexual assault. Her decision to keep her future daughter strains her relationship with her family, and leaves her isolated in a foreign country. Kiran struggles with letting her daughter grow up without much money and familial support, and there is an added fear of getting deported. Kiran had to overstay her visa in Canada for her daughter since she didn’t want to go back to her home country out of fear of finding her rapist.

The first half of the book is told from Kiran’s point of view, and the rest is from Sahaara. Sahaara wants to find her own identity since she doesn’t know about Kiran’s background. When she learns about what happened to her mother, she fights to help take down the rapist and stand by her mother, while struggling with her own self identity in the process. If I Tell You the Truth is very well written, and it expands on the important theme of community and loyalty while displaying the growing relationship between mother and daughter. Kiran’s and Sahaara’s story will strike a chord in many hearts. This is an exceptional novel, and I couldn’t recommend it more.

You have a show-tune playlist. You have a program or Playbill from every show you’ve seen.  You break out into accents in the middle of conversations. You own every season of Glee (and all the High School Musicals – admit it). You are a theater geek – embrace it, celebrate it! Read about it! The theater plays a leading role in these YA books:

by Elizabeth Eulberg.  Emme, Sophie, Ethan, and Carter are seniors at a performing arts high school in New York City, preparing for the senior recital and feeling the pressure to perform well.

by Molly Booth. 15-year-old Emma is acting as stage manager for her school’s production of Hamlet when she finds herself transported to the original staging of Hamlet in Shakespearean England.

4. Always Never Yours by Emily Wibberley and Austin Siegemund-Broka. A contemporary romance inspired by Shakespeare’s Romeo & Juliet follows the efforts of a plucky but lovelorn teen theater director who is unexpectedly cast in a leading role at the same time she begins receiving relationship advice from a playwright friend

5. Confessions of a Teenage Drama Queen

by Dyan Sheldon. Mary Elizabeth Cep, (though she calls herself “Lola,”) sets her sights on the lead in the annual drama production, and finds herself in conflict with the most popular girl in school.

by John Green & David Levithan. The tale of a pair of teens who meet by chance on a Chicago street corner and discover that they share a name and intertwining destinies involving an epic production of a high school musical.

by Emily Adrian. Gaining instant popularity after landing the lead in the school play, Rebecca breaks a pact with her new friends by dating a fellow cast member until backstage drama escalates into a life-changing accusation.

by Marcella Pixley. Seventeen-year-old Max, struggling to come to terms with his mother’s death, is cast as the ghost in “Hamlet” and finds strength in his new theater friends.

by Emma Mills. Claudia agrees to coach actors in her high school’s production of “A Midsummer Night’s Dream,” leading to new friendships–and maybe even new love.

10. Noteworthy by Riley Redgate. After learning that her deep voice is keeping her from being cast in plays at her exclusive performing arts school, Jordan disguises herself as a boy to gain entry into a competitive, all-male a cappella group that is looking for a singer with her vocal range.

Ask a librarian for some good books, be prepared for a long list! I recently asked our staff members to share some their favorite reads in 2020, and the answers that came back were many and varied. We really do read a lot! Not all the books on this list were published in 2020, (some were older books we just got around to reading in 2020!), but all received a solid thumbs up from a member of our staff:

( * – this book was recommended by more than one staff member)

There is no more frustrating moment than when you finish a great book to discover it ends in a cliffhanger and the next book in the series won’t come out for another year (or, if you’re an Outlander fan, five years)!  We’re going to be stuck at home quite a bit this winter, so it’s a great time to binge-read a full series beginning to end, no cliffhangers allowed. Here are a few completed book series you can read from start to finish this winter.

The Neapolitan Novels by Elena Ferrante

Into the Wilderness series by Sara Donati

The Wheel of Time series by Robert Jordan

Mystery readers may also like these two “girl-detective” series’ we recently wrote about: A Double Dose of Girl Power: Enola Holmes and Flavia de Luce.

For many of us, Thanksgiving has been a time when family members far and wide gather together, with as many people and as much food crammed around the dinner table as we can fit. Ah, the good old days! Thanksgiving may look a little different this year,  when social distancing and travel restrictions can put a damper on social gatherings.  Never fear! We’ve put together some Thanksgiving-themed reading to help keep your holiday spirit going, even if you’re celebrating from a distance. 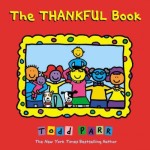 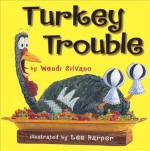 Feeling like a grownup today.
We love when authors come and talk about their books with us! We have programs with two terrific local authors coming up this month. Cozy mystery readers will remember Kathleen Maple Kalb from when she visited with her debut novel, and she’s back to talk about the sequel! History buffs will want to hear Cindy Parych discuss the fascinating history behind Arlington National Cemetery and the stories of some of the interesting people buried there.
New non-fiction, heading to the shelves! See something you like? Place a request though our online catalog and we’ll notify you when it’s ready to pick up. #itsthateasy
This week’s Take + Make Kits are all spoken for, but you can still participate with your own supplies. If you have an old sock, some dry rice or beans, some rubber bands, a piece of yarn or string, some polyester filling or cotton balls, scissors, and a marker you can make your own adorable sock bunny! Swipe through to see the full instructions.
New Ya Books! Zoom in on the photo to browse the titles, then you can place requests though our online catalog and we’ll let you know when they’re ready to pick up!
May the Fourth be with you! These #starwars books can be found on our New Book shelves!
We loved being able to bring @acorn_tv to our patrons, and are disappointed that @overdrive_libs couldn’t continue to offer it after taking over RBdigital. ☹️
CHESHIRE’S SUMMER OF SUNFLOWERS has begun!
Looking for something new to read, but it’s the middle the night or another time when the library’s not open? With your CPL card and the Libby app you have access to thousands of titles 24/7 right from home! Here are some new YA ebooks that just got added to our digital collection.