Breedlove was America’s first self-made female millionaire. Born in 1867, she was an orphan by the age of 7, a domestic by the age of ten, and married her way out at 14. After several marriages that ended in widowhood or divorce, in 1905 Breedlove began her own line of beauty and hair care products for African American women (under the name Madame C.J. Walker), many of whom were going bald because of the harsh lye soaps of

the era. The need was great, her products worked, and she went on to become an American philanthropist.

To a degree. Marjorie Joyner was one of her employees. Marjorie became the first African American woman to be issued a patent – for the first machine to permanently wave hair (no Toni kits back then!). However, she never saw a dime for her creation – the royalties and rights went to Madame C.J. Walker! Next time you go to a salon or use a home perm kit, remember to think of Marjorie Joyner.

When we think of African-American women in history, we seem to get stuck on Harriet Tubman, Rosa Parks, Sojourner Truth, and Coretta Scott King, but they are just the very tip of the iceberg.

The Long Hard Climb for Recognition

It’s been a slow, hard climb for African-American women. While Hattie McDaniel won a Best-Supporting Actress Oscar for Gone With the Wind in 1939 (the first African American to do so), a Best Actress award didn’t come until Halle Berry won in 2001 for

While there is still so far to go in equalizing opportunities for minority women, the 21st

century has shown remarkable gains, with not only Condoleeza Rice becoming National Security Advisor and then Secretary General under President Bush, but with Michelle Obama becoming the First Lady of the United States.  African-American women continue to enter politics, with record wins in 2018, including the first African-American women elected to Congress from Minnesota, Massachusetts, and Connecticut. So grab a novel, a biography, a great DVD on the lives and achievements of African American women, and catch up on some of the great history you never learned about in school. 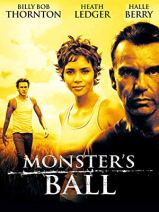