Have you ever felt the frustration of watching a movie that’s labeled as a comedy, only to find that it’s really a drama with a few funny moments? Where are the real comedies? The ones that make you laugh from beginning to end? They’re right here at the library:

The ultimate parody of Western movies. Bart is the sheriff of a town that is being targeted by every wild west villain you can think of and by some not-so-wild west villains. He knows how to outsmart them, though! 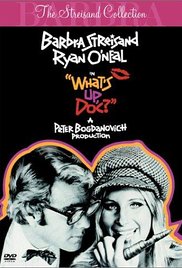 This is the story of four red traveling cases, each containing four very different contents, and each owned by four different people. So of course they’re going to get mixed up. 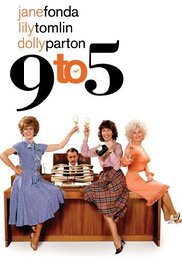 Three female office workers take on their lying, sexist, egotistical, hypocritical boss. Tying him to his chair is the least of it!

What do two young men do when they show up at their boss’ house and find him dead? Why, they pretend that he’s still alive, of course!

Two people with very different personalities meet. One is trying to get married. The other is trying to prevent this from happening. They’re also watching a leopard cub named Baby. What could go wrong?

Monty Python and the Holy Grail

The search for the holy grail involves witch hunts, the perils of an all-female castle, and knowledge of swallows. And let’s not forget the importance of shrubbery! 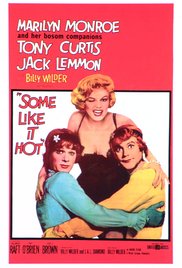 Two men who are on the run from a criminal gang disguise themselves as women and join an all-female ensemble.

Men, women, children, birthing mothers, and a goat all manage to land themselves inside of a pink submarine that seems to be held together with duct tape.

The characters from the classic board game are trying to figure out which one of them keeps murdering every single person that walks in the front door. Let’s just say, most of them are not detectives.

What other laugh out loud movies would you recommend?