reader’s advisory. This is librarian jargon for answering questions about what book a patron (or their child) might enjoy reading next. On our part it involves discovering what the reader is most interested in, and what kind of books they usually enjoy most. While I might occasionally get stumped in the adult fiction category, when it comes to books for children (or teens) I could go on for hours. We all have our favorites, particularly if given free reign to mention any genre of book we enjoyed, or when we find a patron that has enjoyed some of the same books that we loved as well.

There are several authors that most parents, librarians, and parents think of first and fondly, such as E.B. White, Beverly Cleary, C.S. Lewis, Judy Blume, Lemony Snicket, Roald Dahl, Kate DiCamillo, and more. Once the typical go to books have been read, or dismissed by the young reader since the parents suggested them, I have several of my own go to authors that I usually 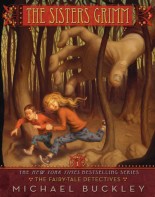 Tamora Pierce has several series, all connected by the fantasy world they are set in and some overlapping events and characters. You do not have to read all of the series to enjoy the others. The first series is Song of the Lioness, about a young girl who defies all the odds to become a knight. She has books in both the children’s and young adult sections of the library. Other series include Beka Copper, the Daughter of the Lioness or Trickster series, Circle of Magic, and  Protector of the Small.

Michael Buckley has one stand alone novel (Undertow) for young adults and two wonderful series for children. The Sisters Grimm is a mystery series about orphaned sisters Sabrina and Daphne Grimm who are sent to live with an eccentric grandmother, who just happens to live in a town with a variety of fairy-tale characters. NERDS is a series that combines all the excitement of international espionage and all the awkwardness of elementary school. The series features a group of unpopular students who run a spy network from inside their school. With the help of cutting-edge science, their nerdy qualities are enhanced and transformed into incredible abilities! 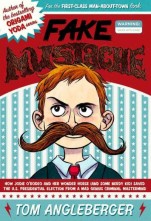 reluctant readers. There is Fake Mustache, the Origami Yoda series, the Qwikpick Papers series, and Horton Halfpott.  All of his books have silly humor, illustrations, and realistic characters in less believable situations.

E.D. Baker tends to writes books that take our assumptions about princesses, magic, and fairy tales and makes us look at them with new eyes. First came The Frog Princess which started a series. Soon after came The Wide-Awake Princess and its follow ups. There is also the stand alone (at least so far) A Question of Magic and the start to another series with The Fairy-Tale Matchmaker. 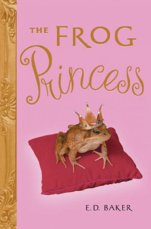 Other great authors, that rarely disappoint readers willing to give them a chance include Avi, Shannon Hale, Neil Gaiman, Jonathan Stroud, Gail Carson Levine, Ben Hatke, Jennifer Holm, Vivian Velde Vande, Holly Black, Matt Christopher, Diana Wynne Jones, Lois Lowry, Louis Sachar, Jerry Spinelli, Andrew Clements, Margaret Peterson Haddix, Cornelia Funke, and so many more. Still looking for suggestions, or need a specific recommendation for you or your child? Swing by the Children’s Room and any of us will be glad to help and share our favorites!