I read a lot of contemporary romance books, although lately, I haven’t been reading much.  The books seem to carry the same theme and they were all starting to sound alike.   I’ve even passed on some new books by a few of my favorite authors.  But then one of my most favorite authors came out with a new series and I gave her new book a shot.  Nirvana!  I was not disappointed in the least! 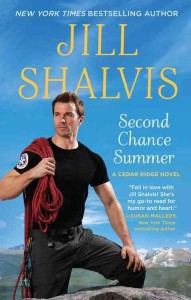 Second Chance Summer by Jill Shalvis is the first book in her new series, Cedar Ridge.  Cedar Ridge, Colorado, is famous for crisp mountain air, clear blue skies, and pine-scented breezes. And it’s the last place Lily Danville wants to be. But she needs a job, and there’s an opening at the hottest resort in her hometown. What has her concerned is the other hot property in Cedar Ridge: Aidan Kincaid-firefighter, rescue worker, and heartbreaker. She never could resist that devastating smile .

The Kincaid brothers are as rough and rugged as the Rocky Mountains they call home. Aidan has always done things his own way, by his own rules. And never has he regretted anything more than letting Lily walk out of his life ten years ago. If anyone has ever been in need of rescuing, she has. What she needs more than anything are long hikes, slow dances, and sizzling kisses. But that can only happen if he can get her to give Cedar Ridge-and this bad boy-a second chance .

There have been plenty of books about firefighters and rescuers, but somehow (because she’s overflowing with talent?), Ms. Shalvis consistently writes books that are fresh, new, and exciting –  and this one is a real page turner.  From the very first chapter, you are completely engaged in the characters and the location.  Readers can relate to the Kincaid family – it is flawed and struggling with a life that hasn’t been easy.  Ms. Shalvis’ description of the town of Cedar Ridge makes you want to move there.  The story flawlessly moves along enveloping you in lots of romance and laughter, great chemistry between characters, and enticing secondary characters throughout that make you very excited for the next book to come out! 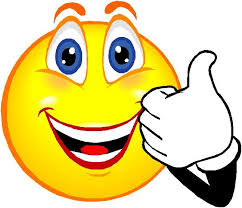 POST NOTE:  On July 25, 2015, Ms. Shalvis was awarded a RITA award at the Romance Writers of America

conference in New York City for her book, One In A Million, the last book in her Lucky Harbor series.

Happy #bookfacefriday from Leonard (aka James).
We’re hiring! We’re looking for a Children’s Librarian to join our dynamic team in Children’s Services. Swipe ⬅️ to see the job posting, and head to cheshirect.org for more details!
What’s in a Lit Kit? These early literacy tote bags contain multiple books on a theme, a manipulative, and an activity sheet with songs and activities related to the theme.
Want to know where to find the 100 scarecrows in the Second Annual Cheshire Scarecrow Contest? Head to cheshirelibrary.org for links to a map, street listing, and lots of photos!
#sundayfunnies #readingwithcats #librariesofinstagram
What fun carving and decorating pumpkins at Mixville Park yesterday!
A #bookface two-fer today as we say goodbye to Children’s Librarian Andrea, who’s off to start a new adventure in Virginia.
Did you know we have a large collection of talking books in the Children’s Room? This collection of picture books have an audio component built in that reads the text aloud. It’s a powerful and engaging literacy tool that kids love. We even have a bilingual collection, check them out!
Today was Miss Andrea’s last storytime at CPL. 😢