Today’s post is from our Head of Adult Services, Bill:

February marks the birthdays of two of our greatest presidents – George Washington and Abraham Lincoln. CPL will commemorate Presidents Day and the office of the American presidency with the Arthur Hostage Memorial Lectures – two events in late February. These programs are made possible by donations given to the Friends of the Cheshire Public Library in memory of Arthur Hostage. 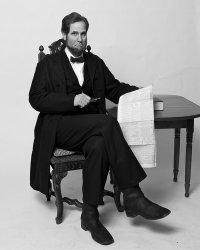 Join us on Saturday, Feb. 22 at 2:00pm for “Simply Lincoln“. Being in the presence of Howard Wright as President Abraham Lincoln is an experience you will not soon forget. Dressed in precise period attire and speaking with a Kentucky accent, Lincoln’s mannerisms, speaking style, and humanity flows over the listener with each moving sentence, witty observance, or eloquent description of a tortuous time that was the Civil War. Authenticated speeches, letters, quotes, and humorous stories have been the foundation from which Howard Wright has crafted his program, giving you a sense of what it was like to have been in the presence of Abraham Lincoln. 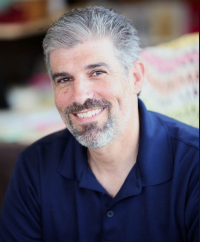 On Tuesday, Feb. 25, 6:30 p.m., Dr. Matthew Warshauer, Professor of History, CCSU, will deliver a talk on “The Changing Nature of the American Presidency“. Dr. Warshauer’s books include, Andrew Jackson and the Politics of Martial Law: Nationalism, Civil Liberties, and Partisanship (2006); Andrew Jackson in Context (2009); Connecticut in the American Civil War: Slavery, Sacrifice and Survival (2011), all of which have received praise from noted historians. Warshauer’s most recent book publication is Inside Connecticut and the Civil War: Essay’s on One State’s Struggles (2014), in which he edited essays authored by CCSU’s Department of History master’s students.

To learn more about the presidency throughout our nation’s history, we suggest checking out the following titles: