Summer can be a trying time for parents and kids alike, and teens are often the most difficult to entertain. Being seen with family is bad enough, but being dragged on vacation to another boring site-seeing trip when they could be doing anything else is totally bogus.

It doesn’t have to be that way!  Here are several attractions within a day’s drive that are sure to get a nod from even the grumpiest teen (and their school-aged siblings):

Rustic Rides Farm, Block Island: Ride horses on wooded trails or on the beach at sunset, just like in the movies. Is there anything better?

New York: There are so many things to do in New York City they can’t be listed, from

Broadway to the Ninja Restaurant to a hundred movie sets (you can tour them). For something indoors, try Ripley’s Believe It or Not, with fun facts and crazy but true tales to delight children and adults alike. Madame Tussaud’s Wax Museum is like attending a cocktail party with the stars – and you can stand next to them for photos as long as you don’t touch. Something quieter? Try the Jim Henson exhibit at the Museum of the Moving Image – Sesame Street, Muppets, and Henson’s larger works like The Dark Crystal and Labyrinth. Avoid New York City like the plague? Try Howe Caverns – let out your inner Indiana Jones, explore the labyrinth of caves and take a boat ride through a dark and bat-infested cave – if you dare. 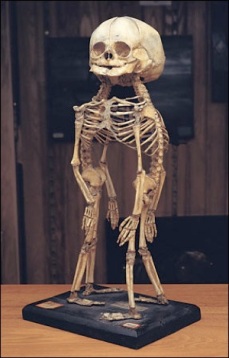 Philadelphia: Liberty Bell and the Declaration of Independence too much like school? Then check out the Philadelphia Museum of Art – see the statue of Rocky Balboa, run the steps, and explore the amazing collection of armor and swords, some dating back to the Vikings – as well as some cool art. If your kids are High-School aged, make sure to stop at the Mutter Museum of the Philadelphia College of Surgeons, one of the premiere collections of medical oddities this side of Ripleys – the Soap Lady, the Wall of Skulls, and drawers of weird things people have swallowed. Probably not best for younger kids. And you’re only an hour from the Ripley’s Museum on the Atlantic City Boardwalk, where you can match the street names to the Monopoly board and try – just try – to walk through the spinning tunnel.

Washington DC:  DC is second only to New York in attractions, but many of them are

free! White House tours are free, but it can take years to get tickets. The Smithsonian holds something for everyone, but the sheer size needs days to see more than one building, and may overwhelm smaller children. While the docents are proud of their knowledge, kids only need about 15 minutes at Ford’s Theater – they came, they saw, Lincoln died. The Mall is a cool place you see on TV and in the movies, but in summer the Mall and Arlington can be brutally hot (every time I try to go there, it’s 100 degrees), and it’s still just something to stare at. The place to take your kids (12 and up) is the International Spy Museum. Not only does it have all the cool spy paraphernalia, but the one thing you can’t miss is the interactive hands-on exhibit. You (and your group) become the spies in a real-time adventure, searching for clues, deciphering radio broadcasts, interviewing suspects, and fleeing the scene to be “rescued” by helicopter from a roof top. It is over-the-top live-action fun for the entire family that they will never forget. 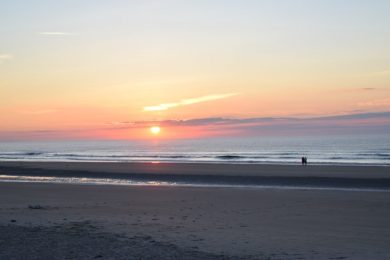 It doesn’t take a lot of money to make memories with your teens (anywhere from Ogunquit Beaches [3 hours] to Philly [3.5 hours] can be done as day trips if need be), so get out there and try something new!