Pride Month (also known as LGBT Pride Month) is celebrated each year in the month of June to honor the 1969 Stonewall riots in Manhattan. The Stonewall riots were a tipping point for the Gay Liberation Movement in the United States. In June of 1969, patrons and supporters of the Stonewall Inn staged an uprising to protest the police harassment and persecution to which LGBT Americans were commonly subjected. This began of a movement to outlaw discriminatory laws and practices against LGBT Americans. 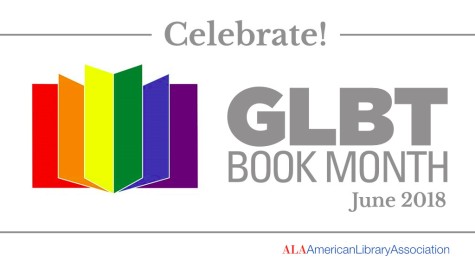 The American Library Association has also named June GLBT Book Month, celebrating the authors and writings that reflect the lives and experiences of the gay, lesbian, bisexual, and transgender community. Whether you are a part of the LGBT community or not, finding your self in one of these books or going outside your comfort zone, these books about the LGBT experience can help to foster a greater understanding of the diverse world we live in.

Lovers at the Chameleon Club, Paris 1932

by  Francine Prose. At the Chameleon Club in Paris, Lou Villars, a star athlete and scandalous cross-dressing lesbian, finds refuge among its patrons, and as time passes, she experiences a transformation that warps her earnest desire for love and approval into something dangerous.

by Camille Perri. A romantic comedy about gender and sexuality follows the experiences of a traditionally minded Midwesterner who, in the aftermath of an ended engagement, finds herself in a transformative relationship with a self-assured New York businesswoman.

by Jeffrey Eugenides. In the spring of 1974, Calliope Stephanides, a student at a girls’ school in Grosse Pointe, Michigan, finds herself drawn to a chain-smoking strawberry blond classmate with a gift for acting. The passion that furtively develops between them – along with Callie’s failure to develop – leads Callie to suspect that she is not like other girls. In fact, she is not really a girl at all.

by David Ebershoff. Set in 1920s Copenhagen, this tender tale of love and marriage in the midst of fundamental crisis introduces a man who discovers he’s a woman and the woman who will do anything for him.

by Sara Taylor. A thirteen-year-old girl on the run with her mother from her father revisits her mother’s former foster care homes to repay old debts and keep promises, learning astonishing truths along the way, in a novel that strikes at the heart of a mother-child bond and the exploration of gender identity.

If I was Your Girl

by Meredith Russo. Amanda Hardy only wants to fit in at her new school, but she is keeping a big secret, so when she falls for Grant, guarded Amanda finds herself yearning to share with him everything about herself, including her previous life as Andrew.

by John Green & David Levithan. When two teens, one gay and one straight, meet and discover that they share the same name, their lives become intertwined as one begins dating the other’s best friend, who produces a play revealing his relationship with them both.

by David Treuer. A haunting and unforgettable novel about love, loss, race, and desire in World War II–era America, about the secrets we choose to keep, the ones we can’t help but tell, and who—and how—we’re allowed to love.

Becoming Nicole : the Transformation of an American Family

by Amy Ellis Nutt. The true story of a transgender girl, her identical twin brother, and an ordinary American family’s extraordinary journey to understand, nurture, and celebrate the uniqueness in us all.

Believe Me : a Memoir of Love, Death, and Jazz Chickens

by Eddie Izzard, with Laura Zigman. Writing with the same candor and insight evident in his comedy, Eddie Izzard reflects on a childhood marked by the loss of his mother, boarding school, and alternative sexuality, as well as a life in comedy, film, politics, running and philanthropy.

The Friends of the Library have generously donated a beautiful new Yamaha U1 piano to the library. The U1 is considered the most popular upright piano ever made and is “the standard against which every 48” vertical [piano] is inevitably compared”. This is an investment in the future of quality musical events at the library and we are incredibly grateful for the generosity of the Friends, especially after a year and a half without booksales! Look for our new piano to be showcased in many of this year’s concerts.
☀️☀️😳
What’s your go-to comfort read?
Want to feel old? R.L. Stine’s #Goosebumps book series turns 29 years old this month!
The Cheshire Suburban Garden Club always does such a beautiful job with the planters in front of the library. Swipe ⬅️ to see who we caught admiring the summer blooms up close!
With thunderstorms in the forecast, our outdoor Storytime moved online this morning. We still had fun reading books, singing songs, and doing some shakin’!
Today on our Blog, we’re talking about Roald Dahl and why children’s stories with a dark edge can be fun to read.
We are postponing the @nekitawaller concert for yet another week to July 28th. ☹️Thunderstorms and outdoor concerts just don't mix. We really, really, REALLY hope that the weather next week will be an improvement on the weather this week. And the weather last week. Third time is the charm, right?!
New picture books in the Children’s Room!