So many screen adaptations, so little time! There are so many books coming to big and small screens this year, it’s easy to lose track or what’s coming out when. We’ve put together a list of some adaptations that we’re really looking forward to this year – some have release dates, some do not, but the list will give us time to read as many books as we can before their adaptations come out! Which books are you most looking forward to seeing on the screen this year?

The School for Good and Evil Release Date: TBD 2022 (Netflix)

Based on the book: A Breath of Snow and Ashes by Diana Gabaldon

Based on the book: The Viscount Who Loved Me by Julia Quinn

Based on the books: The Lord of the Rings trilogy by J.R.R. Tolkein

It’s hard to live in America and not know who Martin Luther King Jr. was. If you’re reading this from out of the country, MLK was a black Baptist minister who became the driving force in the 1960’s fight for civil rights, and for the equal treatment of black citizens in America. His call was for peaceful protest and non-violence – always non-violence – and he was awarded the Nobel Peace Prize in 1964. For his outstanding efforts, Mr. King was assassinated on April 4, 1968. James Earl Ray was charged with the murder, a white troublemaker with a 7th grade education and a long rap sheet. Ray admitted to the crime, had a strong timeline leading up to the crime, had fingerprints on the weapon, but because he lied numerous times and changed pleas and facts all over the place, conspiracy theories abound.

Kings death no doubt played a major role in the passage of the 1968 Civil Rights Act, just a week later, in an effort to help quell the riots that followed his death. His examples reached into South Africa and Northern Ireland, areas of long hostilities, and a statue of him stands in Westminster Abbey in London.

King’s beliefs and activities created as many conflicts as they tried to solve. While the racially charged South saw him as too progressive, so far as to call him a communist, many in the black community, such as Malcolm X, thought he didn’t go far enough and demanded radical action, not peaceful protests. King alienated himself from the US government by opposing the war in Vietnam. Herbert Hoover, head of the FBI, considered King a radical and sent him threatening letters. It wasn’t until 1986 that Ronald Reagan enacted Martin Luther King Day as a Federally recognized holiday.

Biographies will give the standard information on Martin Luther King, and while White Trash (warning: FaceBook will jail you for discussing this book) and Caste are excellent books which will open your eyes to issues you never considered, they’re heavy on sociology and can be difficult to slog through at times. If you’d rather read about the issues he fought against, and where we stand today on Civil Rights in an easier fashion, check out these non-fiction books that will give you a good perspective of the issues. If non-fiction isn’t your thing, try these novels about modern issues as well, and realize we still have a long way to go.

The Hate U Give

The Immortal Life of Henrietta Lacks

A Raisin in the Sun

How We Fight for Our Lives

September’s got some great new releases heading to our shelves. Here are eight that we’ve been eagerly anticipating, put your name on the hold list for your favs, if you haven’t already!

The Night She Disappeared by Lisa Jewell. From the New York Times bestselling author of Then She Was Gone and The Family Upstairs comes another riveting work of psychological suspense. One year after a young woman and her boyfriend disappear on a massive country estate, a writer stumbles upon a mysterious note that could be the key to finding out what happened to the missing young couple.

Apples Never Fall by Liane Moriarty. A family of tennis stars debate whether or not to report their mother as missing because it would implicate their father in this new novel by the New York Times bestselling author of Big Little Lies and Nine Perfect Strangers.

Harlem Shuffle by Colson Whitehead. A furniture salesman in 1960s Harlem becomes a fence for shady cops, local gangsters and low-life pornographers after his cousin involves him in a failed heist, in the new novel from the two-time Pulitzer Prize-winning author of The Underground Railroad and The Nickel Boys.

Bewilderment by Richard Powers. A widowed astrobiologist and single father to a troubled son contemplates an experimental neurofeedback treatment that trains the boy on the recorded patterns of his mother’s brain in the new novel from the Pulitzer Prize–winning author of The Overstory.

The Wish by Nicholas Sparks. From the author of The Longest Ride and The Return comes the story of successful travel photographer Maggie Dawes, struggling to come to terms with a sobering medical diagnosis, who is unexpectedly grounded over Christmas with her young assistant and begins to tell him the story of the love that set her on a course she never could have imagined.

Cloud Cuckoo Land by Anthony Doerr. The novel follows four young dreamers and outcasts through time and space, from 1453 Constantinople to the future, as they discover resourcefulness and hope amidst peril in the new novel by the Pulitzer Prize–winning author of All the Light We Cannot See.

Matrix by Lauren Groff. Lauren Groff returns with her exhilarating first new novel since the groundbreaking Fates and Furies. Cast out of the royal court, 17-year-old Marie de France, born the last in a long line of women warriors, is sent to England to be the new prioress of an impoverished abbey where she vows to chart a bold new course for the women she now leads and protects.

Each year, Americans observe Hispanic Heritage Month from September 15 to October 15, by celebrating the histories, cultures and contributions of Americans  whose ancestors came from Spain, Mexico, the Caribbean and Central and South America. The observation started in 1968 as Hispanic Heritage Week under President Lyndon Johnson and was expanded by President Ronald Reagan in 1988 to cover a month long period starting on September 15 and ending on October 15.

The day of September 15 is significant because it is the anniversary of independence for Latin American countries Costa Rica, El Salvador, Guatemala, Honduras and Nicaragua. In addition, Mexico and Chile celebrate their independence days on September 16 and September 18, respectively.

Check out these books from Cheshire Library that celebrate Hispanic culture and authors! 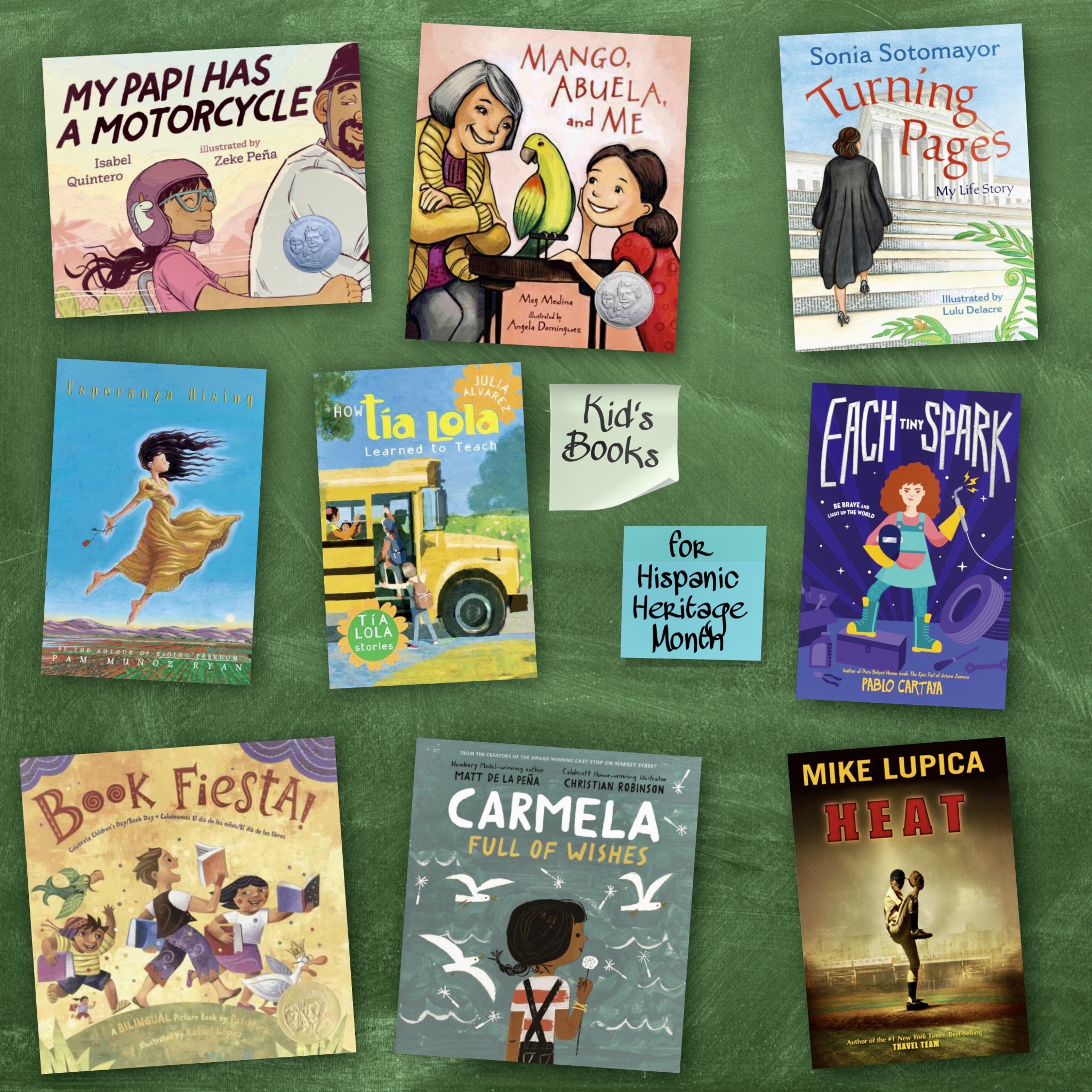