I love alternate history stories. That infinite “what if?” tantalizes me. What if Abraham Lincoln was not assassinated? What if Germany won World War II? What if London was a city populated by humans with extraordinary powers? What if, what if, what if?

Speculative fiction that delves into alternate time streams or alternate histories can take many forms. Some veers off into the paranormal, some follows the “what if the other side won” theme, some just imagines a new world that sits parallel to our own world.

Whichever way you like your alternative history, we have a great selection of titles. Here are ten to get you started.

The Impeachment of Abraham Lincoln  by Stephen L. Carter (Available as a Book and Audiobook on CD)
What if Abraham Lincoln escaped assassination by John Wilkes Booth?
This novel imagines what might have happened if Lincoln had lived to face the tumultuous post-war politics of 1865 Washington, D.C., including an impeachment trial for overstepping his Constitutional authority during the Civil War. At the novel’s center is Abigail Canner, a young black woman recently graduated from Oberlin, who is hired by the D.C. law firm that is working on Lincoln’s defense.

Bombs Away : The Hot War by Harry Turtledove (Hardcover)
What if the Cold War had suddenly turned hot?
President Harry Truman in desperate consultation with General Douglas MacArthur, whose control of the ground war in Korea has slipped disastrously away. The only way to stop the Communist surge into the Korean Peninsula and save thousands of American lives is through a nuclear attack. MacArthur advocates a strike on Chinese targets in Manchuria. In actual history, Truman rejected his general’s advice; here, he does not. The miscalculation turns into a disaster when Truman fails to foresee Russia’s reaction. 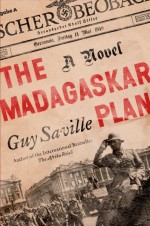 The Madagaskar Plan  by Guy Saville (Hardcover)
What if Germany had won World War II?
The year is 1952. There is peace in Europe, but a victorious Germany continues to consolidate power in Afrika, and Hitler has approved the resettlement of European Jews to the remote island of Madagaskar. In Mozambique, British forces plan to free Madagaskar, relying on the expertise of Jacques Salois, an escaped leader of Jewish resistance, they plot to incite a colony-wide revolt. Into this roiling landscape arrives ex-mercenary Burton Cole, who scours shanty towns and work camps for his beloved Madeleine and their child.

Smoke : a novel by Dan Vyleta (Hardcover)
What if people who are wicked in thought or deed are marked by the Smoke that pours from their bodies?
In an alternate England, Thomas, Charlie, and Livia notice that some people appear to be able to lie without triggering Smoke. As they dig deeper, they discover revolutionaries who are fighting against a secret police force. They begin to suspect that everything they have been taught about Smoke is a lie; but if that is a lie, what else about their world is lies? 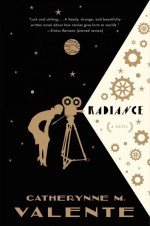 Radiance by Catherynne M. Valente (Available as a Book, Downloadable Audiobook, and Audiobook on CD)
What if there was life on other planets in our solar system?
In an alternate 1986, where talking movies are still a daring innovation due to the patent-hoarding Edison family., Severin Unck starts making documentaries, traveling through space and investigating the levitator cults of Neptune and the lawless saloons of Mars. For this is not our solar system, but one drawn from classic science fiction in which all the planets are inhabited and we travel through space on beautiful rockets.

Crooked by Austin Grossman (Hardcover)
What if Richard Nixon was a pivotal figure  in a struggle between ordinary life and horrors from another reality?
In this novel, Richard Milhous Nixon faces down the Russians, the Chinese, and ultimately his own government. Here for the first time– in his own words– are the terrifying supernatural secret he stumbled upon as a young man, the truth behind the Cold War, and the truth behind the Watergate cover-up. 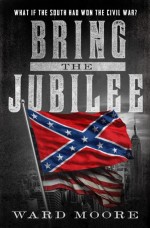 Bring the Jubilee: What if the South Had Won the Civil War? by Ward Moore (E-Book)
What if the South won the Civil War?
What is left of the United States has been drained of its resources and is trapped in a depression. Hodge, a young man living in a village in rural New York with his parents, decides to head to the city to escape his otherwise inevitable future of poverty and indentured servitude. But the specter of war between the Confederacy and the other great global power, the German Union, haunts the entire region, and a nationalist terrorist group has other plans for Hodge.

Hystopia by David Means (Hardcover)
What if John F. Kennedy survived his assassination?
At the bitter end of 1960’s President John F. Kennedy is entering his third term in office. The Vietnam War rages on, and the president has created a vast federal agency, the Psych Corps, dedicated to maintaining the nation’s mental hygiene by any means necessary. Soldiers returning home from the war have their battlefield traumas “enfolded”—wiped from their memories through drugs and therapy—while veterans too damaged to be enfolded roam at will in Michigan, evading the government and reenacting atrocities on civilians.

Underground Airlines by Ben H. Winters (Available as an Audiobook on CD, Book, and Downloadable Audiobook))
What if there had never been a Civil War?
It is the present-day, and the world is as we know it: smart phones, social networking, and happy meals–save for one thing: the Civil War never occurred. A gifted young black man calling himself Victor is working as a bounty hunter for the US Marshall Service.  In this version of America, slavery continues in four states called “the Hard Four.” On the trail of a runaway known as Jackdaw, Victor arrives in Indianapolis knowing that something isn’t right–with the case file, with his work, and with the country itself.  Victor suppresses his memories of his childhood on a plantation, and works to infiltrate the local cell of a abolitionist movement called the Underground Airlines.

The Mechanical by Ian Tregillis (Hardcover)
What if robots had been invented in the 17th century?
Soon after a Dutch scientist invented the very first Clakker (a mechanical man, endowed with great strength and boundless stamina — but beholden to the wishes of its human masters) in the 17th Century, the Netherlands built a whole mechanical army. It wasn’t long before a legion of clockwork soldiers marched on Westminster, and the Netherlands became the world’s sole superpower. Three centuries later, it still is. Only the French still fiercely defend their belief in universal human rights for all men — flesh and brass alike. But one audacious Clakker, Jax, can no longer bear the bonds of his slavery. He will make a bid for freedom, and the consequences  will shake the very foundations of the Brasswork Throne.