You might think a small state like Connecticut might not find itself as the setting for very many stories, but that’s not true! There are dozens of tales set in the Nutmeg State. You can begin with the fictional town of  Briar Creek, Connecticut where the Library Lovers mystery series by Jenn McKinley takes place and then move on to the strangely named Frog Ledge, Connecticut, home to the characters in Liz Mugavero’s Kneading To Die the first book in the Pawsitively Organic mystery series.

Some other recommendations if you want to indulge in a little fictional Connecticut scenery: 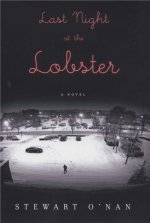 Last Night at the Lobster: A Novel by Stewart O’Nan
Managing a failed seafood restaurant in a run-down Connecticut mall just before Christmas, Manny DeLeon coordinates a challenging final shift of mutinous staff members, an effort that is complicated by his love for a waitress, a pregnant girlfriend, and an elusive holiday gift.

This book was named a Best Book of the Year by The Washington Post, the San Francisco Chronicle, and Entertainment Weekly and was a Finalist for the Los Angeles Times Book Prize.

Wishin’ and Hopin’: A Christmas Story by Wally Lamb
Back in his fictional town of Three Rivers, Connecticut, with a new cast of endearing characters, Wally Lamb takes his readers straight into the halls of St. Aloysius Gonzaga Parochial School — where young  Felix Funicello learns the meaning of French kissing, cultural misunderstanding, and tableaux vivants. Wishin‘ and Hopin‘ barrels toward one outrageous Christmas. A vivid slice of 1960s life, a wise and witty holiday tale that celebrates where we’ve been — and how far we’ve come. 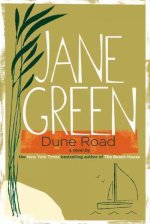 Dune Road by Jane Green
Set in the beach community of a tiny Connecticut town, the heroine is a single mom who works for a famous–and famously reclusive–novelist. When she stumbles on a secret that the great man has kept hidden for years, she knows that there are plenty of women in town who would love to get their hands on it–including some who fancy the writer for themselves. 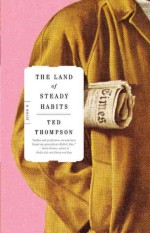 The Land of Steady Habits: A Novel by Ted Thompson
For Anders Hill, long ensconced in “the land of steady habits”-the affluent, morally strict hamlets of Connecticut that dot the commuter rail line-it’s finally time to reap the rewards of a sensible life. Into his sixties and newly retired, Anders finds the contentment he’s been promised is still just out of reach. So he decides he’s had enough of steady habits: he leaves his wife, buys a condo, and waits for freedom to transform him. But as the cheery charade of Christmas approaches, Anders starts to wonder if maybe parachuting from his life was not the most prudent choice.

Our Little Racket by Angelica Baker
In the aftermath of the collapse of Weiss & Partners investment bank, CEO Bob D’Amico’s daughter Madison, her mother, her best friend, her nanny, and a family friend begin to question their shifting roles in the insular, moneyed world of Greenwich, Connecticut. All these women have witnessed more than they’ve disclosed and must ask themselves: where is the line between willful ignorance and unspoken complicity?

Housebreaking: A Novel by Dan Pope
When Benjamin’s wife kicks him out, he returns to his childhood home in Connecticut to live with his widowed father. Lost, lonely, and doubting everything he felt he knew about marriage and love, Benjamin is trying to put his life back together when he recognizes someone: his high school crush, the untouchable Audrey Martin. Audrey has just moved to the neighborhood with her lawyer husband and their daughter, Emily. As it turns out, Audrey isn’t so untouchable anymore, and she and Benjamin begin to discover, in each other’s company, answers to many of their own deepest longings.

The Beach at Painter’s Cove by Shelley Noble
The Whitaker family Connecticut mansion, Muses by the Sea, has always been a haven for artists, a hotbed of creativity, extravagances, and the occasional scandal. Now, after being estranged for years, four generations of Whitaker women find themselves once again at The Muses. Leo, the Whitaker matriarch, lives in the rambling mansion crammed with artwork and junk. Her sister-in-law Fae is desperate to keep a secret she has been hiding for years. Jillian, Leo’s daughter, is an actress down on her luck. She thinks selling The Muses will not only make life easier for Leo and Fae, it will bring her the funds to get herself back on top. Issy, Jillian’s daughter, wants to restore the mansion and catalogue the massive art collection. Can these four generations of erratic, dramatic women find a way to save the Muses and reunite their family?

Downloadable Audiobooks your thing? Try these.