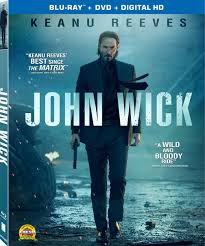 I love a good action film. In going over lists of various film genres, I discovered I’ve seen the majority of the “best” action films, though I don’t always agree with what is considered an “action” film. I expect an action film to have – well, action: a lot of movement of characters or equipment, such as vehicles. It could be modern reality based – James Bond or Air Force One, or futuristic, such as Terminator, Alien, or Serenity, comic book heroes, or war-type films such as Commando or Rambo (my grandmother made me take her to every Stallone and Schwartzeneggar film that came out). There should be suspense, perhaps mystery, a vehicle chase, and almost always a good fight scene. Body counts are expected, but graphic violence isn’t required – Suicide Squad had a high bullet count, but little gore. History of Violence had a lower bullet count, but extremely graphic depictions. I don’t mind gore, but I won’t watch cruelty or sadism – I shut off Killing Season because it was focused on torture, not action.

I adored John Wick, an action movie with Keanu Reeves as an assassin who tries to 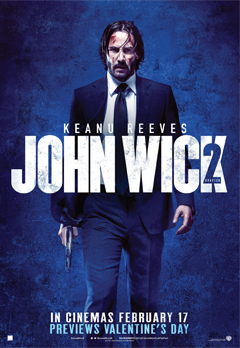 retire but is sucked back into the business against his will. It was just about everything I could want in a film – the script is good, the acting is good, the cast is excellent and the action is awesome. It’s just a good all-around film. I saw John Wick 2 on opening day (the DVD was released June 13) and – it was good, but not quite as great as the first. The action is impeccable – perhaps the best actual hand combat choreography I’ve ever seen (especially compared to the farce of Batman v. Superman). The script is good. But Wick’s lines, so eloquent before, are cut to choppy, often one-word sentences, which Reeves is not good at. It’s got a high bullet count, a high body count, and realistically graphic splatter from a man who was known for killing four people with a pencil. 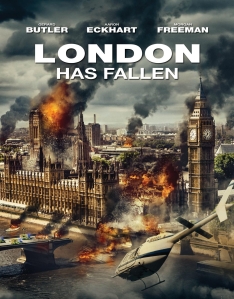 One thing I noticed about John Wick 2, though not as obvious as it was in London Has Fallen, a C+ film with multiple script flaws: the impact of videogames on choreography of action sequences. JW 2 has a wonderful flight/fight scene through the ancient underground tunnels of Rome, but you can see the influence of popular games such as Call of Duty or Grand Theft Auto. Run, stop, run, corner, shoot, shoot balcony. Man pops out of hall, bang. Run, stop, turn, shoot. It might fit the tone of the scene, but it’s very stiff and staged. London Has Fallen was much worse: the greatest action sequence of the film, the Big Rescue, and the movie looked as if you’d taken a clip from Call of Duty, overlayed it with actors, and CGI’d them together. Maybe it was my TV upgrading the blu-ray to 4K, but you could almost see pixelation in the edges of the graphics. You could have checked it off a list: guy pops up behind garbage can? Check. Drive-by shot through windshield? Check. Balcony? Check. It was so obvious that not only did it stand out, it was distracting, and you stopped watching the progression because you were so offset by the fakeness, a “Where-Have-I-Seen-This-Before?”

Is this the wave of the future? I hope not. Sure, you can look back at an early Bond film and see how cheesy the fight scenes are. You can almost hear them counting off in their heads: fist, block, step, kick, block, groin, throw, grab, twist… You can marvel at the slo-mo twists and turns of The Matrix sequences, but that’s not exactly reality, either. CGI is wonderful – it gave us Legolas slidin 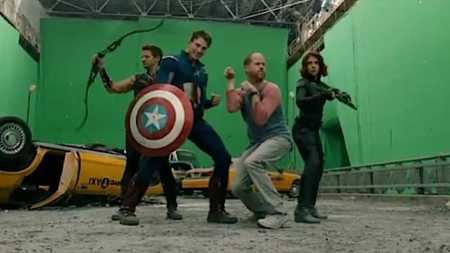 g down oliphaunts , Avatar, and Inception. Almost all movies are made with a green-screen at this point, even comedies. But videogames are another empire – like trying to equate a romance film with porn: all the action, none of the reason. You can pop bullets all day, but why you’re doing it is a vague battle against “bad guys.” Relying on a videogame sequence kills the creativity needed. Think of the cliché of the good guy crouched down, pointing people what direction to go and then shooting at the target to cover them, or the stock western of a shootout on main street, with townsfolk peering through broken shutters. Action movies need to reinvent themselves by nature to keep themselves fresh and interesting.

Videogames are fun. Action films are fun. Sometimes movies based on a videogame are really fun (Warcraft, Tomb Raider, Mortal Kombat). But using videogame mentality in place of a more expensive or creative thought process – that’s cheating, and it doesn’t look nice.

Have you noticed the “videogame effect” in any other films?