Here is a group of books – some of them very good – that are sure to fuel political fire, no matter which fence you sit on regarding the issues of the blighted inner cities.

Ghetto is a brand-new book by Mitchell Duneier on the term “ghetto,” which dates back to the 1400’s when Jews were forced to live in isolation from Christians. They were free to come and go, except at night, and anyone could do business with them. This led to a flourishing if separate culture for hundreds of years. Enter the Nazis, who isolated Jews into Ghettos with barbed wire. No one was allowed in or out. Here, people had no jobs, severe overcrowding, no public services, and as the ghettos decayed and residents grew desperate, people accepted the fact that Jews lived like animals, and it helped fuel antisemitism. Why would people live like that if they didn’t deserve it, forgetting that to cross the wire was not just banishment, but death. By the 1940’s the term expanded to the narrow neighborhoods that African-American people were allowed to live in. There was no barbed wire, but an invisible barrier that they weren’t allowed to cross except for work. As their neighborhoods became overcrowded because no one could move out, they fell victim to the same issues faced in Germany. Duneier presents facts throughout the last century – the 40’s, the 60’s, the 80’s, and today, on the current use of the term vs. the historical one, and how the stagnation and forced living creates the discord we see today. The book is far too long and detailed – it could be half and still be excellent – but even if you have to skim it, it is serious food for thought.

Easier to read, if not more infuriating, is Family Properties:  Race, Real Estate, and the

Exploitation of Urban Black America by Beryl Satter. Satter details the blatant racist policies of 1940’s Chicago, where Real Estate agents were threatened if they sold houses to African Americans past the “White” line, and people who did buy in would find the houses disassembled by the neighbors to prevent it. It took many years and many lawsuits to get things to change. This book will make you angry. 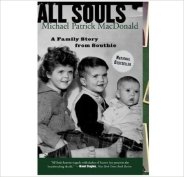 A head scratcher is All Souls: a Family Story from Southie by Michael Patrick McDonald. Mrs. McDonald is Irish, unmarried, and pumps out children like party favors (11 in all), living in the infamous projects of South Boston – an area run by no less than Whitey Bulger himself. Michael tries to sort out his childhood as his siblings fall victim to gangs and drugs and forced busing. Entertaining and tragic, even if you can’t relate to their lifestyle.

Death at an Early Age, Savage Inequalities, and Fire in the Ashes, all by Jonathan Kozol, are heart-rending books about the disparities in Urban and Suburban education. They are excellent reading that will break your heart. The realities of urban living will block most of these kids from ever achieving, and it is not their fault.

I cannot recommend the book The Corner: A Year in the Life of an Inner-City Neighborhood by David Simon and Edward Burns enough. I could not put it down. It covers the grim streets of Baltimore, a place so bad it’s where trauma surgery originated. It is compelling and reads like a novel. And they made a TV Miniseries out of it. One of my top-50 favorite books.

If you’re really, really, really into sociology, then go back to the original: How the Other Half Lives by Jacob Riis. This is one of the first sociological studies on the slums of 1886 New York City, and the issues seen there – discrimination, overcrowding, street children,  gangs, alcoholism, domestic violence, prostitution – paint a familiar story as European immigrants try to find a way to survive in a hostile new world. It’s dry reading at times, but interesting in the patterns that appear.

Lyndon Johnson took decisive moves to improve our urban areas; 50 years later, not much has changed. The issues brought up in these books are just as relevant today as then, and we have more than enough information to make positive changes. These books will open your eyes.