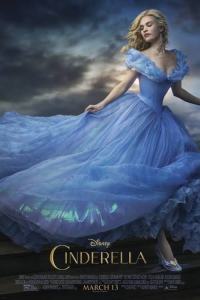 In the past few years we’ve seen a sudden resurgence of fairy tales, bombarded by big-screen live-action versions of Snow White and the Huntsman, Mirror, Mirror (which came out the same year, just for overkill), Maleficent, Cinderella, Oz the Great and Powerful, the soon-to-be released Peter Pan (October 9), Alice Through the Looking Glass (spring 2016, reprising the 2010 cast of Alice in Wonderland), Beauty and the Beast (2017 release date) and so many more. While some of these have been spectacular (who can forget Cinderella’s dress!), did you ever wonder why?

It’s more than just the fact Hollywood can’t seem to come up with anything original lately, or that remakes are a fad. Movies cost huge coin to produce – truly, hundreds of millions of dollars, from pre-production through movie rights to scripting, set design, music, choreography, lighting, costuming, and advertising. One of those big costs is often acquisition of rights – buying the rights to the material from the original author. In the case of fairy tales, the cost of that right is Zero, and that is a producer’s favorite number. Zero means you can do whatever you want with the material. Yes, you could feasibly make (and I’m sure it’s been done) a very dirty film of Snow White, Cinderella, and Ariel and no one can stop you, as long as you don’t reference anyone else’s version.

company created Snow White, Sleeping Beauty, Cinderella, Rapunzel, Beauty and the Beast, The Little Mermaid, Peter Pan, and so many other cherished films. In fact the answer is no, they did not. They only made their own version of them. Many of Disney’s greatest tales were old folk tales and fairy tales, borrowed from collections by Hans Christian Anderson or the Brothers Grimm, or bought way back when from J. M. Barrie or Rudyard Kipling. The original tales were often a bit different and usually very dark (Mermaid is a very murderous tale; the Little Match Girl freezes to death, etc). They all have one thing in common however: they are all in what’s called the Public Domain. That means they are not copyrighted, and anyone can make their own version of the tale. The stories don’t have to be bought, no author has to be fought with, and a producer can do whatever he or she wants to the story.

In the United States, copyright is generally good for the life of the author plus seventy years (in some instances, it is extended to as much as 120 years). If the author has good descendants and they renew on behalf of the estate, it can continue further. This is how Peter Pan is now in the public domain: J.M. Barrie died in 1937; his copyrights have expired. Treasure Island is a free e-book, because it’s in the public domain. Gone With the Wind will enter into public domain in 2031. Many of the early silent films are also free for making use of. This also holds true with music: that’s why so much classical music is used in movie and TV soundtracks: no one has to pay a penny to use it. You can tour the country playing Beethoven and Mozart all you want, and you never have to pay them a dime. Their works, like Shakespeare, and Byron, and even the Bible are all available for public use and performance.

Yes, Anne is now the public’s darling, too.

Now, that’s not to say you can pick up a copy of a play and start performing it for money. While the play and its characters are not under copyright, the person who planned out/composed/wrote the playbook or libretto has a copyright on the booklet or sheet music you are using – their “version” – which is why school plays cost so much (the same way “Snow White” is a public domain tale, but “Disney’s Snow White” is most definitely under copyright). Unless you’ve taken the idea of Romeo and Juliet and written up your own version, you’re going to wind up having to pay someone somewhere for your performance of the material.

Here’s one list of free public-domain books available on ebook, including both adult and children’s classics: https://www.goodreads.com/list/tag/public-domain.

So whether you look forward to some of the new, spectacularly beautiful versions of old tales coming out, or grumble about how much more money does Disney need rehashing their own blockbusters, remember the reason: movie studios are cheapskates, and copyrights don’t last forever.

Fairy tale fact: Cinderella is the most universal fairy tale. Almost every culture has a version of it. The very first known “Cinderella” story can be traced back to the story of Rhodopis, a real Greek slave girl from Thrace who married the King of Egypt. That story is from 7 BC! Our current version of Cinderella (Cendrillon) goes back to the late 1600’s France, a French version by Charles Perrault.