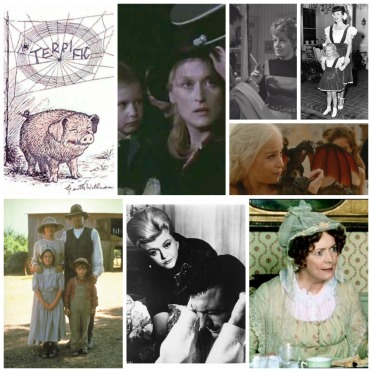 I’m not sure how the topic came up, but recently my daughter asked me if I could name the ten best moms from literature.

“What do you mean by best?” I countered. “Best written? Strongest? Nicest?”

“Just the ten best. I tried and couldn’t think of many, and the Internet wasn’t very helpful.”

“Well,” I began, resolved to be a good mom and take a stab at it. “How about Marmee from Louisa May Alcott’s  Little Women?”

“Molly Weasley from Harry Potter,” I said with a smile, thinking that this would be easy.

“Three.” She watched me. 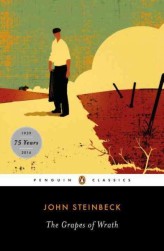 “Ma Joad from Grapes of Wrath by John Steinbeck. She was the strong one in her family.”

She considered this. “Okay, Four.”

“Um…” I thought. And thought. “Kanga,” I said after a long silence.

“She’s a mom, the mother of Roo in A.A. Milne’s Winnie the Pooh books. She counts.”

She grinned. “Five. It’s not easy, is it? Shall we include Duchess the cat from The Artistocats?”

gnored this.  “What about that series you liked when you were younger? The Enchanted Forest Chronicles by Patricia Wrede. Cimorene was a good mother.”

“Yeah, but she wasn’t a mom until the last book.”

“It counts,” I said sternly.

We looked at each other in silence.

“The six best moms of literature doesn’t sound too bad,” I suggested.

“If you write a blog about it, ten would sound better,” she challenged.

So I took my quest in to the library and started asking my colleagues.

I explained that I had already thought of her, my dilemma in not being able to find ten, and listed the six I had come up with.

“Ramona Quimby’s mom,” the library director, whose name is Ramona, too,  promptly said.

“The mom in Fancy Nancy by Jane O’Connor,” one of the children’s librarians suggested. “Because a good mom  should be fun, too!”

Eight. I was inching closer to the magic number.

“Charlotte from Charlotte’s Web by E.B. White,” the deputy director offered in an email later that day. “She is one of the best mothers in literature, both to her own future babies (whom she will never see, but provides for all the same) and of course Wilbur. And heroine of one of the best books of all times!”

Nine. One was a kangaroo and one was a spider, but I was not about to be picky.

Where, oh, where was the elusive ten?

It came, ironically, from the one who had started it all. When I went home that evening and listed the nine candidates, my daughter immediately said, “Keladry’s mom in the Protector of the Small series by Tamora Pierce. She was a good mom and could out fight any man. I thought of her after you went to work.”

Ten. The magic ten. I smiled. She smiled. And then she asked, “Are you going to make a list for the ten best fathers, too?”

“Ten best fathers in literature,” I began to muse.

Expect a sequel in June, folks.

Who would you put on a list of the ten best moms in literature? Make a suggestion in the comments!