The biography’s in the children’s room are all shelved together, in order alphabetically by the last name of the person they are about. Well, all but the Who Is/Was series which has a special display and place of honor. So finding a biography (a book written by an author about someone else) is not hard, as long as you know who you want to read about. What is difficult is finding an autobiography (a book that a person writes about their own life). Often there is no way of knowing which books are regular biographies and which are autobiographies until you pick the book up off the shelf and read the author’s name. Finding a well done and interesting autobiography, or one by someone you want to read about, can be even more challenging. 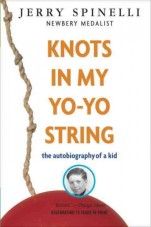 So, I decided to get busy and find a list of autobiographies for children to make the search a little easier for young readers, their parents, and my fellow seekers. Here are some of the best autobiographies for children that are part of our library’s collection. I have them divided into three groups. The groups are authors and illustrators, important figures in history and civil rights, and athletes. 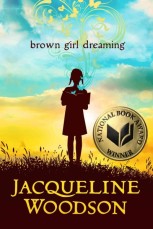 Knots in My Yo-Yo String: the Autobiography of a Kid by Jerry Spinelli
Brown Girl Dreaming by Jacqueline Woodson
Bill Peet: an Autobiography
26 Fairmount Avenue by Tomie dePaola
I Know Why the Caged Bird Sings by Maya Angelou
It Came from Ohio!: My Life as a Writer by R.L. Stine as told to Joe Arthur 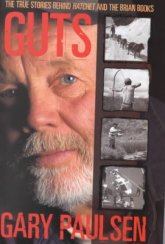 Guts: the True Stories Behind Hatchet and the Brian Books by Gary Paulsen
No Pretty Pictures: a Child of War by Anita Lobel
A Girl from Yamhill: a Memoir by Beverly Cleary
Down a Sunny Dirt Road by Stan & Jan Berenstain
Boy: Tales of Childhood by Roald Dahl
Looking Back: a Book of Memories by Lois Lowry 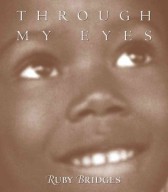 Behind the Secret Window: a Memoir of a Hidden Childhood During World War Two by Nelly S. Toll
The Boy Who Harnessed the Wind by William Kamkwamba and Bryan Mealer
The Boy on the Wooden Box: How the Impossible Became Possible..on Schindler’s List by Leon Leyson; with Marilyn J. Harran and Elisabeth B. Leyson

Athletes
Tony Hawk: Professional Skateboarder by Tony Hawk with Sean Mortimer
Soul Surfer: a True Story of Faith, Family, and Fighting to Get Back on the Board by Bethany Hamilton with Sheryl Berk and Rick Bundschuh
Oksana: My Own Story by Oksana Baiul; as told to Heather Alexander

Michelle Kwan, Heart of a Champion: an Autobiography by Michelle Kwan as told to Laura James
Cal Ripken, Jr.: My Story by Cal Ripken, Jr. and Mike Bryan; adapted by Dan Gutman
Chamique Holdsclaw: My Story by Chamique Holdsclaw with Jennifer Frey
Dominique Moceanu, an American Champion: an Autobiography as told to Steve Woodward
Fire on Ice: autobiography of a Champion Figure Skater by Sasha Cohen with Amanda Maciel 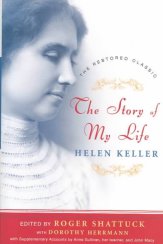 There are several more great autobiographies that I just could not fit in these lists,or that are accessible to willing children and teens, but shelved with the adult biographies. In no particular order, these include: The Story of My Life by Helen Keller, More About Boy: Roald Dahl’s Tales from Childhood by Roald Dahl, Tara Lipinski: Triumph on Ice: an Autobiography as told to Emily Costello, I am Malala: the Girl who Stood up for Education and was Shot by the Taliban by Malala Yousafzai, Caught by the Sea: My Life on Boats by Gary Paulsen, Bad Boy: a Memoir by Walter Dean Myers, The Bite of the Mango by Mariatu Kamara with Susan McClelland,  A Pioneer Woman’s Memoir: Based on the Journal of Arabella Clemens Fulton by Judith E. Greenberg and Helen Carey McKeever, Positive: Surviving My Bullies, Finding Hope, and Living to Change the World: a Memoir by Paige Rawl with Ali Benjamin, and The Year We Disappeared: a Father-Daughter Memoir by Cylin Busby & John Busby.