I don’t read comic books; the drawings v. words are too visually distracting for me. The ones I hold tight in my file cabinet you’ve probably never heard of. But I love Batman. Adam West Batman. Super Friends Batman. Keaton, Clooney, Kilmer, Bale, I like them all. And yes, I had no problem with Affleck’s performance. Nine Batman films have raked in a combined profit of more than $2.2 Billion – no small change. I like Wonder Woman, and Spiderman, and don’t get me started on how much I love the Avengers.

But I don’t like Superman. Never did. My favorite would be Super Friends Superman, and after that it’s Chris Reeve or nothing. Perhaps he’s too squeaky-clean – far more than Captain America, and too powerful. Krypton is one of the rarest gases, one part per million of our atmosphere. You would have to sift an awful lot of air to gain enough Krypton to affect him. Barring Lex Luthor, Superman is more or less invincible, and no one likes a prissy Lawful Good (this is the same problem fought in the X-Men series, Watchmen, and Captain America: Civil War). What good is a hero who has no faults and can’t be harmed? 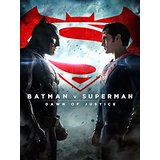 Batman v. Superman: Dawn of Justice – due on DVD July 16 – didn’t grab me from the start, but I went to see it because – well, Batman. If you haven’t seen the last reboot of the Superman franchise, Man of Steel, be prepared for confusion, for BvS takes up right where Man of Steel left off. Batman is mighty ticked at Superman for all the damage he wrought in lives and property, and takes it upon himself to curtail Superman in a surge of animosity that seems to come out of nowhere. Batman’s good for a simmering revenge, not a sudden “You need to be taken down, I don’t like you” petty vindictiveness. Batman, a mere mortal with cool toys, tries to take down a superbeing who cannot be stopped. Needless to say, it does not go well.

Batman v. Superman seems lost in its own purpose. It’s a fair Batman film, a wooden and flat Superman film (Spider-Man has more lines in Civil War than Superman did in BvS), and if

My biggest gripe with the film, writing and directing aside, is that Batman breaks character. Guns are not Batman’s forte. Batman does not carry them, Batman does not shoot them. Batman is about outsmarting the villain and bringing them TO justice, not carrying it out himself. Batman is the thinking man’s hero. Batman never even kills the Joker. But here’s  Batman, shooting and killing like Rambo. That was my breaking point. And it is quite established that Batman is well-versed in martial arts; Batman’s moves in BvS are poor at best; slow and unconvincing. 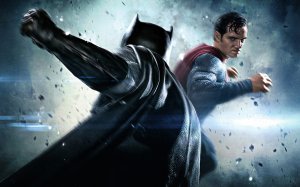 If you hunt for it, there are enough good bits to make the film worthwhile; all the Wonder Woman scenes among them. It is certainly nowhere near the abysmal level of 1992’s Batman Returns, with Danny DeVito as a deformed demented Penguin – surely the lowpoint of his career. Forbes magazine nails the issues with the film quite nicely here: http://www.forbes.com/sites/insertcoin/2016/05/09/captain-america-civil-war-shows-exactly-why-batman-v-superman-failed/#6dda5e6446bb.

If you really love the superhero genre, then by all means watch it. There are far worse superhero films out there – Green Lantern and Eric Bana/ Incredible Hulk (2003) come fast to mind. But if you really want to see superheroes eating their own and winning at it, wait for Captain America: Civil War.