Lesbian, Gay, Bisexual, Transgender, and Queer (LGBTQ) Pride Month is celebrated each year in the month of June to honor the 1969 Stonewall Uprising in Manhattan. The Stonewall Uprising was a tipping point for the Gay Liberation Movement in the United States. Today, celebrations include pride parades, picnics, parties, workshops, symposia and concerts, and LGBTQ Pride Month events attract millions of participants around the world. Memorials are held during this month for those members of the community who have been lost to hate crimes or HIV/AIDS. The purpose of the commemorative month is to recognize the impact that lesbian, gay, bisexual, and transgender individuals have had on history locally, nationally, and internationally.

The library has an opportunity to be an advocate for library patrons in a number of ways, including the collections they offer. In celebration of Pride Month, we’re  highlighting four outstanding YA novels with LGTBQ themes, characters, and ideas.

First up is, Aristotle and Dante Discover the Secrets of the Universe by Benjamin Alire Sáenz. The story follows Aristotle, an angry teen with a brother in prison.. and Dante, a know-it-all who has an unusual way of looking at the world. When the two meet at the swimming pool, they seem to have nothing in common. But as the loners start spending time together, they discover that they share a special friendship—the kind that changes lives and lasts a lifetime. And it is through this friendship that Ari and Dante will learn the most important truths about themselves and the kind of people they want to be. Aristotle and Dante is relatable to all ages, and a breath of fresh air to the YA genre. Everyone can remember being a teen, and this book is fantastic, no matter your age, or experience. 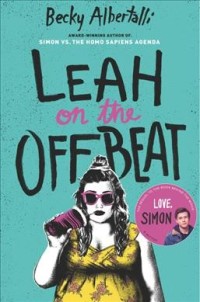 Next up is Leah on the Offbeat by Becky Albertalli, the same author of Simon vs. The Homo Sapiens Agenda. Leah is an anomaly in her friend group: the only child of a young, single mom and her life is decidedly less privileged. She loves to draw but is too self-conscious to show it. And even though her mom knows she’s bisexual, she hasn’t mustered the courage to tell her friends—not even her openly gay BFF, Simon. So Leah really doesn’t know what to do when her rock-solid friend group starts to fracture in unexpected ways. With prom and college on the horizon, tensions are running high. It’s hard for Leah to strike the right note while the people she loves are fighting—especially when she realizes she might love one of them more than she ever intended. Albertalli’s voice as a writer shines strong, and her characters are beautifully written well-rounded characters.

If I Was Your Girl

by Meredith Russo is a book about loving yourself, and being loved for who you truly are. Meredith Russo was born, raised, and lives in Tennessee. She started living as her true self in late 2013 and never looked back. If I Was Your Girl was partially inspired by her experiences as a trans woman. Like Amanda, Meredith is a gigantic nerd who spends a lot of her time obsessing over video games and Star Wars. Amanda is the main character in the book, and a new girl at school. Like everyone, all she wants is to make friends and fit in. But Amanda is holding back. Even from Grant, the guy she’s falling in love with. Amanda has a secret. At her old school, she used to be called Andrew. And secrets always have a way of getting out. If I Was Your Girl is important, eye-opening, thought-provoking and emotional, and a book needed in this day and age.

Our fourth book, Felix Ever After 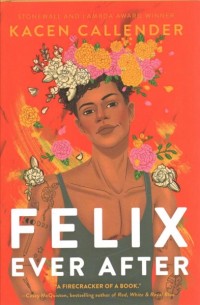 by Kacen Callender is a brand new release, focusing on the story of Felix Love. Felix has never been in love—and, yes, he’s painfully aware of the irony. He desperately wants to know what it’s like and why it seems so easy for everyone but him to find someone.  As he navigates his complicated feelings, Felix begins a journey of questioning and self-discovery that helps redefine his most important relationship: how he feels about himself.  A quote from the book sums it up perfectly, stating ““I’m not flaunting anything. I’m just existing. This is me. I can’t hide myself. I can’t disappear. And even if I could, I don’t want to. I have the same right to be here. I have the same right to exist.”

Happy Father’s Day to all the dads who keep those stories coming!
Posted @withregram • @isabelwilkerson Twelve generations of enslavement on this soil. Twelve generations of human beings who were each condemned to work for the right to live another day. This came to be my distillation of what slavery was, as I worked to try to quantify the magnitude of the damage done by slavery in America.
Happy Juneteenth! Juneteenth (short for “June Nineteenth”) marks the day when federal troops arrived in Galveston, Texas in 1865 to take control of the state and ensure that all enslaved people be freed. Cheshire Library has many books that celebrate the spirit of Juneteenth, come in and check some out!
Still Missing on #bookfacefriday.
No spoilers please, but what book made you say “I did not see that coming” ?
Join us next Monday for a live chat with NYT bestselling author Kate Moore (author of “Radium Girls”). Kate will be with us via Zoom to discuss her new book “The Woman They Could Not Silence”, the story of Elizabeth Packard, a wife and mother of six who, in 1860, was wrongfully committed to an insane asylum by her husband without a diagnosis or legal hearing. Mrs. Packard was not the only woman to meet this fate, but unlike others she fought back, freeing both herself and countless others.
Spotted around town…
We’re back to our pre-Covid hours starting June 28! (Please note that we are still observing social distancing and mask wearing due to the large amount of children who visit us and are not vaccinated yet.)
Happy Flag Day! Do you know why Flag Day is observed on June 14? It’s because June 14, 1777 was when the Second Continental Congress adopted the Stars and Stripes for the flag of the U.S.