Legend has it “It” girl Lana Turner was “discovered” at a soda counter in 1937. Outside of perhaps Hedy Lamar, who invented some heavy military tech in WWII, most of the actors in the “glory days” of Hollywood were not known for smarts but for looking glamorous. Hollywood was the way for good-looking people from the back fields of America to break free and become wealthy and “cultured.” They had to speak well, dress well, stay thin, know their lines and marks, and obey the studio.

Times have changed. While good looks are nice, there are plenty of successful actors 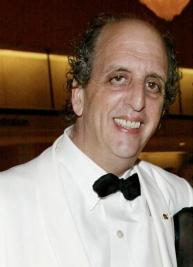 who have never been considered heart-throbs (Steve Buscemi, Clint Howard, Vincent Schiavelli, Mike Smith, Linda Hunt, etc). Hollywood may have its mega-cash flow (A-listers make $15-20 million per film; Dwayne Johnson had 9 films 2016-2018), but many stars aren’t afraid to flaunt their smarts and get that college degree, knowing how fickle the acting business is. Jodie Foster has a degree from Yale, Natalie Portman from Harvard, Emma Watson from Brown, Mayim Balik has a PhD in Neuroscience, Gerard Butler a law degree, James Franco is finishing a PhD from Yale, and more.

Recently, I had the extreme pleasure of meeting actor Wallace Shawn, listening to him

speak and interviewing him briefly. Never heard of him? I’ll bet you have. Perhaps most famously he is known for the Inconceivable role of Vizzini in the cult classic, The Princess Bride. Currently, he plays the Professor on the TV show Young Sheldon. He’s had roles in Woody Allen’s Manhattan, Bob Fosse’s All that Jazz, Bojack Horseman, and if you had children any time in the last 20 years, he’s the voice of Rex in Toy Story. You might not know his name, but you probably do know his face and voice.

And what an interesting man he is!  Soft spoken and humble, he loves to chat, and was charmed by all the happy faces he met. Shawn graduated from no less than Harvard, with a degree in history and the hope of becoming a diplomat – so far as spending a year in India teaching English. Acting was never on his radar – in fact, he was known far more for being a playwright, with such well-received plays as Grasses of a Thousand Colors, Marie and Bruce, My Dinner with Andre, A Master Builder, and Evening at the Talk House. His acting career came about due to a friendship with play director Andre Gregory, with whom he collaborated on the semi-autobiographical My Dinner with Andre, and he’s never stopped working since.

He’s also published books of essays, including one titled simply Essays, and his 2017 collection entitled Night Thoughts, which he admits is a bit political. Although biographies will give more clues to his opinions, in person Wallace treads a neutral line, doesn’t give many clues as to his feelings, and tries to keep many of his opinions private. Originally he considered writing to be selfish and self-indulgent, but then realized it was a satisfying creative outlet.

So what does a highly educated actor and playwright like to read? What authors does he favor? Wallace preferred to side-step the question a bit, citing that he likes to keep those things private. In the past, his favorite book was The Idiot by Dostoevsky, because it contained just about everything you could ever want to know about the human condition – not the kind of answer I expected, far heavier than I would have imagined. He admitted to liking Japanese literature, including Yasunari Kawabata and Haruki Murakami. The man is far deeper, and a deeper thinker, than I ever would have imagined.

Time with Wallace Shawn is like spending time with a favorite uncle who comes to Sunday dinner. While his movie and television roles may portray him otherwise, he’s sweet, personable, and down to earth. He admires Woody Allen, spent much time with him, and does not believe the accusations against him. His environmentalism showed when asked what he would have liked to have told his younger self, and he remarked he never realized “when he was young that the most destructive animal on Earth was ourselves, that what we put into our cars would destroy everything not only locally, but globally, that butterflies and bees would be dying, and only a handful of people would even care about it.”

Wallace Shawn: actor, voice actor, playwright, author. If you can’t catch one of his plays, check out his movies and TV shows. Truly, a man who is much greater than the sum of his roles!

Summer may be a time for huge blockbuster action flicks, but as the kids settle back into school, autumn is a time for more peaceful reflection.  Grab a cup of hot chocolate, some fresh-baked cookies, your favorite warm blanket, and curl up with one of these films that take place in the fall. You’ll be glad you did!

Dead Poet’s Society – Robin Williams as an inspiring teacher in a prep school. One of his best roles.

Rudy – Sean Astin in a true story about a boy who wanted to play football for Notre Dame.

On Golden Pond – Henry Fonda’s Oscar-winning role as a family tries to come back together before it’s too late.

The Four Seasons – an all-star cast leads this sweet Alan Alda film about a group of friends vacationing through a year.  Gorgeous autumn scenery set to a soundtrack of Vivaldi’s Four Seasons.

Hannah and her Sisters –  Woody Allen directs this film about a family, beginning and ending with Thanksgiving.

The Big Chill – A group of old friends gather together for the funeral of one of their own, accompanied by a fabulous soundtrack.

The Trouble with Harry – Alfred Hitchcock’s frightful comedy about a body that won’t stay buried.

Planes, Trains, and Automobiles – a John Hughes comedy starring Steve Martin as a man trying to make it home for Thanksgiving, when the world seems out to get him.

Far From Heaven – Connecticut in the fall of 1957, and the prejudices that existed.