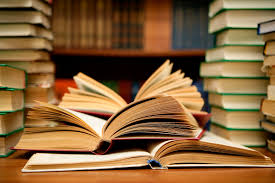 2015 was a banner year for great non-fiction publications.  But if you’re like most people, life probably got in the way of being able to read them all.  Highlighted below are some of the non-fiction books of 2015 that garnered extra positive attention.

Hammer Head: the making of a carpenter – Nina MacLaughlin – Combining sage advice from Ovid and Mary Oliver with practical descriptions of tools and varieties of wood, the author, who quit her desk job to become a carpenter, shares her joys and frustrations of learning to make things by hand in an occupation that is 99% male.

Thunder & Lightning: weather past, present, future – Lauren Redniss – Focusing on the intricate nature of the world around us, as well as the personal relationship we all have to the weather, a National Book Award finalist and visionary writer—combining personal stories with history, interviews, scientific research and full-color photos—explores the transformative power of weather.

Notorious RBG: the life and times of Ruth Bader Ginsberg– Irin Carmon and Shana Knizhnik – In a lively illustrated biography of the feminist icon and legal pioneer, readers can get to know the Supreme Court Justice and fierce Jewish grandmother, who has changed the world despite the struggle with the unfinished business of gender equality and civil rights, standing as a testament to what a little chutzpah can do.

Witches of America – ALex Mar – Examines paganism and the occult, from its roots in 1950s England to its current American mecca in the Bay Area, and from a gathering of more than a thousand witches in the Illinois woods to the New Orleans branch of one of the world’s most influential magical societies.

The Monopolists: obsession, fury, and the scandal behind the world’s favorite board game – Mary Pilon – Tracing back to Abraham Lincoln, the Quakers, and a forgotten feminist named Lizzie Magie, and presenting a remarkable social history of corporate greed, the inside story of the world’s most famous board game reveals how Monopoly came into existence.

The Great Beanie Baby Bubble – Zac Bissonnette – In the annals of consumer crazes, nothing compares to Beanie Babies. With no advertising or big-box distribution, creator Ty Warner – an eccentric college dropout – become a billionaire in just three years. And it was all thanks to collectors. The end of the craze was just as swift and extremely devastating, with “rare” Beanie Babies deemed worthless as quickly as they’d once been deemed priceless. Bissonnette draws on hundreds of interviews (including a visit to a man who lives with his 40,000 Ty products and an in-prison interview with a guy who killed a coworker over a Beanie Baby debt) for the first book on the most extraordinary craze of the 1990s.

The Folded Clock: a diary – Heidi Julavits – A critically acclaimed author discovers her old diaries in a storage container and reacquaints herself with a much younger version of the person she became, musing on time, self, youth, friendship, romance, faith, fate and betrayal.

Two Hours: the quest to run the impossible marathon – Ed Caesar – Delving into the science, physiology and psychology involved in running so fast, for so long, a first-of-its-kind book on marathons invites readers into the world of elite runners, showing us why this most democratic of races retains its savage, enthralling appeal—and why we are drawn to testing ourselves to the limit.

Sinatra: The Chairman – James Kaplan – Presents a behind-the-scenes examination of the life and career of the legendary performer that offers insight into his prolific accomplishments, multidimensional character, and complex relationships.

We Were Brothers – Barry Moser – The author recalls his youth with his brother, considering in prose and illustrations how he and his brother came to be such very different people, and eventually became completely alienated from one another, before finally reconciling in spite of their differences.

Hunger Makes Me A Modern Girl – Carrie Brownstein – The guitarist and vocalist of feminist punk trio Sleater-Kinney presents a candid and deeply personal assessment of life in the rock-and-roll industry that reveals her struggles with rock’s double standards and her co-development of the comedy “Portlandia.”