Dance is one of man’s oldest forms of art and storytelling, with cave painting depictions going back 30,000 years. Dances occur around the world, in every culture. Some were used for storytelling. Others were used for religious purposes. Some cultures had dances for healing, for appeasing Gods, for weather control, for courting, for festivals and celebrations, and entertaining royalty. Dances were used to teach, as social commentary and rebellion, and sometimes as just plain exercise. Dances can be as low key as the Hokey Pokey, or as tightly regulated and choreographed as grand ballet, or worse, synchronized swimming dances.

Physically, dancing is wonderful for the body.

Kenya. Dancing, by far, is as much a man’s sport as a woman’s.

If you have to be stuck inside in the winter, why not dance! Throw some fast music on and shake out those winter blues! Throw in a ballet DVD and leap (move the furniture out of the way first!). Or join us for some New England Country Dancing at the library later this month! Don’t feel like moving? Grab a blanket and a cup of tea and check out some of these great books and movies filled with dance!

I came across an article from May of 2015 (there are many on the subject) that mourned the dumbing down of American music based on the reading grade-level of the lyrics. The average ability one needs to read modern lyrics is a whopping  second grade reading level. Hip hop scored worst, with short little repetitive words that needed only a first-grader’s ability to read. Country music was the Big Brain, with a reading level of third grade and a few months. I found that a bit shocking.

You can find one of those informative studies here http://seatsmart.com/blog/lyric-intelligence/
#
There are many criticisms of such a study. One is that they only covered music in the last ten years. Was music really all that smarter 20, 30, 50 years ago? Another is that repetition dumbs down the word level:

(Ke$ha, TiK ToK, Billboard #1 January 2010) (NUMBER 1 SONG IN AMERICA)
I’m talkin’ bout – everybody getting crunk, crunk
Boys tryna touch my junk, junk
Gonna smack him if he getting too drunk, drunk
Now, now – we goin’ ’til they kick us out, out
Or the police shut us down, down
Police shut us down, down
#
I’m not sure it’s the repetition that’s dumbing that down.
#
The other major complaint is how reading scores are measured: most have a mathematical formula that juggles word length, sentence length, or syllable length, and messes them around until an average is found. This is not always accurate, especially with poetry or lyrics, which may have 100 words before coming to the actual end of a sentence.

I had to find this out for myself. After all, we survived songs like “Doo Wah Diddy” and “Kookie, Kookie, Lend Me Your Comb.” I took a variety of older songs and plugged them through https://readability-score.com/, which uses fiv

e different reading assessment tools to come to an average score. The Flesch-Kincaid Reading Ease was developed by the Navy, so that technical manuals wouldn’t get too difficult to understand. A score of 90 or better is good for a 6th-grade student, 60 or higher is good for high school students, and 30 or less is best left to college students (i.e., higher score is easier to read). Because the formula isn’t perfect it is possible, on the grade-level equivalent, to score well above a “grade” (as in, grade level 62).  That’s the number of years of schooling you may need to understand it. Ideally, if it’s for the average Joe or Jane on the street, you want a grade level of 8.  Don’t take it literally; just understand that the higher above 8 you go, the more complex it is to read.

Here was what I found when I ran nine popular songs through the analyzer: 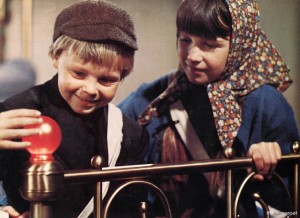 And just for kicks (because it came up on my iTunes): Disney’s Bedknobs and Broomsticks, Substitutiary Locomotion (1971) (remember, this is a Disney kid’s movie): Reading Ease: 4.1 (that’s PhD level), and a grade level of 18.  A catchy kid’s tune.

#What it means:
Okay, even I was surprised. I expected lyrics to have come down, but I didn’t realize it was by that much. Don’t bother with “scores,” just read the lyrics. I did The Police as a joke, because that much repetition was certain to skew things down, but no: the rest of the lyrics have words like jamming transmissions, not baby words. I thought for sure Woody Guthrie would prove a point, but his lyrics, too, are full of long words and long sentences and imagery. Elvis? Really? Spider Murphy played the tenor saxophone,  Little Joe was blowin’ on the slide trombone. It’s not junk, junk. The Hurricane I knew would score high – it’s about as close to an entire novel as you can sing without going back into Child Ballads.
#

While the measuring tool isn’t precise – measuring sentence length in a lyric that doesn’t use punctuation gives false positives as to complexity – the word lengths counter some of it (we know it obviously does not take a PhD to understand Police lyrics). All in all, I have to agree: many modern music lyrics are about as intelligent as dirty dishwater, and the content is worthless. All you need to succeed is some gibberish, a loud driving beat, a fast groove of the hips, and a really good publicity team to get you air time. The music industry is about money; artists are about the art and the message. Hence we’re here  discussing Sinatra and Elvis and Queen, who haven’t been around in decades, and no one remembers who had the number one hit four years ago.