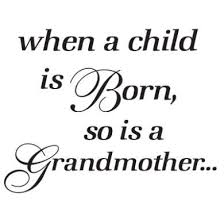 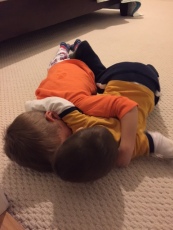 I’m fairly new at being a grandmother and I’m enjoying every minute.  I am filled with love and joy every time I see my grandsons.

Grandmothers have a pivotal role in everyone’s lives.  Here are some books that feature grandmothers.

Don’t Sing at the Table: life lessons from my grandmothers – Adriana Trigiani – A humorous book culled from the advice of the author’s two grandmothers offers answers to the seminal questions in a woman’s life, from getting married to saving money, from nurturing the soul to keeping calm in a crisis, from raising children to finding private comfort.

Yes, Chef – Marcus Samulsson – The “Top Chef: Masters” winner and proprietor of Harlem’s Red Rooster journey began in his grandmother’s humble kitchen. He traces his Ethiopian birth, upbringing by an adoptive family in Sweden, and rise to a fame as a New York chef, sharing personal insights into his challenges as a black man in a deeply prejudiced industry.

Burnt Mountain – Anne Rivers Siddons- Thayer Wentworth marries an Irish professor and moves into her deceased grandmother’s house in Atlanta a short distance away from the summer camp she attended as a child, where she begins to question whether her husband is the man she thought she knew.

Last Bus to Wisdom – Ivan Doig – Rejected by his domineering great aunt during the summer of 1951, imaginative eleven-year-old Donal travels back to his ailing grandmother’s home accompanied by his German great uncle while experiencing haphazard adventures along the way.

The Probable Future – Alice Hoffman – Struggling to cope with her unwanted ability to see the future, Stella must confront her legacy when her father is jailed, wrongly accused of homicide, and Stella joins forces with her grandmother and mother to uncover the truth.

My Grandmother Asked Me To Tell You She’s Sorry – Fredrik Backman – Seven-year-old Elsa’s grandmother dies and leaves behind a series of letters, sending the girl on a journey that brings to life the world of her grandmother’s fairy tales.

Last Lessons of Summer – Margaret Maron – Inheriting her family’s business, Amy Stedman reflects on her marriage to a man who loves her only for her money, her mother’s apparent suicide, her grandmother’s unsolved murder, and the possibility that she may be targeted next.

The Forgotten Garden – Kate Morton – Abandoned on a 1913 voyage to Australia, Nell is raised by a dock master and his wife who do not tell her until she grows up that she is not their child, a situation that causes her to return to England and eventually hand down her quest for answers to her granddaughter.

Mrs. Sinclair’s Suitcase – Louise Walters – A lonely bookstore clerk discovers a hidden letter that reveals her grandmother’s struggles with singlehood, a whirlwind affair during World War II, and the fateful choices that shaped decades of their family life.

The Irresistible Blueberry Bakeshop & Cafe – Mary Simes –  When New Yorker Ellen Branford travels to rural Maine to fulfill her dying grandmother’s last wish by delivering a long-overdue apology letter, Ellen’s near-drowning forces her to stay longer than she had planned.