Perhaps one of the fastest ways to pick a fight with a stranger is to comment on their parenting style. Around the country, let alone around the world, each culture or region is convinced only their way is right. Yet, American education has been in decline for years, currently ranking 27th in the world.  On the world happiness index, the US only ranks 18th. How do we, as parents, raise happy, healthy, well-adjusted and productive children? Let’s take a look at a few approaches to child-rearing from beyond our shores…

Parenting books number nearly as high as the number of parents, but several 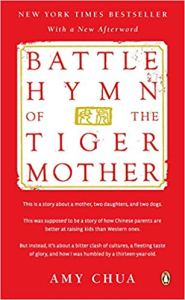 have made headlines. At one end is Battle Hymn of the Tiger Mother, by Amy Chua.  China, with more than a billion people vying for jobs, education, and housing, is perhaps the most cut-throat parenting system of all: children seen with potential are removed from homes as young as three, and raised by the state to become champion athletes, mathematicians, scientists. Parents are relentless in ensuring their child’s excellence, demanding study or practice eighteen or more hours a day in a method most Americans would label sheer abuse. Imagine the pressure on an entire class where being #2 is not an option. Chua has no qualms about pushing her daughters into being virtuosos and Ivy League scholars.

children. “The result of raising children French style, Druckerman writes, is “a fully functioning society of good little sleepers, gourmet eaters and reasonably relaxed parents.””  French parents have a me-first attitude – if the baby won’t sleep through the night by four months, let him cry. They don’t like to breastfeed, because it interferes with intimacy. They don’t speak to their infants in baby talk, treat patience and waiting as the highest virtue after social manners, and feed their infants table food, resulting in children who like to eat normal food. Are French children perfect? Bien sȗr, non, but they seem to have far fewer struggles than Americans.

The Danish Way of Parenting, by Jessica Joelle Alexander and Iben Dissing Sandahl may

just have a little more power behind it. The Danes often score #1 on the list of Happiest Country in the World. They have high taxes, but they get free education, healthcare, paid maternity leave, and more – those things that are crushing us. To discuss Denmark (and many of the Scandinavian countries), one has to first understand the concept of Hygge, which rules everything the Danish do: Hygge (pronounced hue-guh or hoo-guh) is that warm, huggy feeling of comfort you get when you’re doing something with your family: sitting by the fire drinking cocoa, playing a board game, or maybe decorating cookies together, in one of those commercial-like scenarios where everyone is happy and the kids aren’t fighting and the dog isn’t chewing the game pieces – except, in Denmark, this is actually reality. It’s the land where Norman Rockwell must have taken notes.

The Danes rear their children with this mindset, which transforms them into happy adults. In (very) short:

There are no absolutes to child rearing. Some children are just darling; others seem to come out of the womb looking for trouble. But in a time when Americans are fracturing at the seams from stress, when schools are failing, children are parenting themselves, and society itself seems to be tearing apart, perhaps it’s time to look elsewhere for advice. Considering the Danes were terrorized by two World Wars and are still the happiest people on Earth, maybe we should listen. 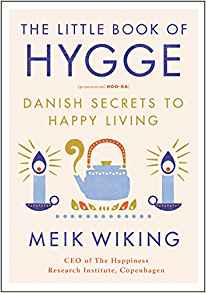