Our Head of Adult Services, Bill, has some Fourth of July facts for you:

The Fourth of July –  also known as Independence Day – is the day we celebrate our country’s birthday. Think you know all there is to know about it? The library’s here to help you celebrate with some fun facts and other ways to learn about democracy and the founding of our nation!

“Yankee Doodle” is a well-known American song, the early versions of which date to before the Seven Years’ War and the American War for Independence.  It is the official state anthem of Connecticut. The melody can be traced back to folk songs of Medieval Europe. 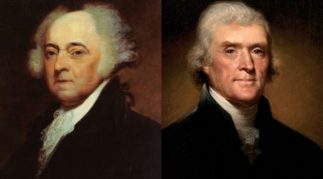 In a bizarre coincidence, Thomas Jefferson and John Adams both died on July 4, 1826 — the nation’s 50th birthday. The two founding fathers and political adversaries died within five hours of each other.

The Declaration of Independence: 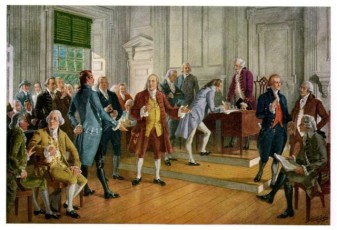 Read more about it!

Cap off your Independence Day celebration with some fireworks! Here’s where to find them:
Summer & July 4th and Fireworks. A listing of CT fireworks displays