I read a an eclectic variety of books; I rarely set out to read a specific book, unless I have a reason. Books come into my hands; if they sound intriguing, whether neurology, biography, the history of Times Square, or a fantasy novel, I read them. As a writer, I may step outside my normal zone of interest as part of research for something I’m writing. Such was my current situation, researching background details for a fictional warrior culture I was developing.

I don’t follow military anything. Yes, my grandfather was in the Navy, my uncles and cousins in the army, Uncle Laurie was lost at sea in WWII, and Uncle Art was a Marine at Iwo Jima, but that’s not the same as being from a military family, where service is a way of life. No one in my family has seen combat in 50 years, so I needed a lot of research. I didn’t want a diatribe on why we did what we did, the politics involved, or a lot of technical jargon that was going to make my head spin. I needed to know what it was like in the trenches, how do you respond when pinned down by gunfire, how do you get yourself out? What do you do when the population you’re fighting for wants you dead?

And I found a number of books and films that were not just entertaining, but fascinating to read and watch.

If you can read just one book on the subject – one – read “One Million Steps: A Marine Platoon at War” by Bing West. West, a Viet Nam vet, embedded with Kilo Company, a Marine rifle company of the 3rd Battalion of the 5th Marine Regiment (3/5). This was exactly the book I was looking for. West takes you along with the Marines as they walk their daily walk in Sangin, Afghanistan, the worst sector for casualties. Each day’s walk was approximately 5,000 steps; their rotation was up after 200 days, or approximately one million steps, a million steps that could trigger a mine or a bullet from a mostly invisible enemy. In a country torn by war for decades, no one was welcoming them as liberators. West is actually critical of the war without being nasty about it, showing you how the policies over the years, the lack of unified vision from the uppermost tiers, the conflicting orders from above all kept the troops from doing what they were trained and equipped to do: take out the Taliban. This was a wonderful book, easy to read, easy to follow, and left you with deep respect for every man who who went over there.

I also read “The Reaper: Autobiography of One of the Deadliest Special Ops Snipers” by Nicholas Irving. Although it’s simple to read, I would not rate it close to West’s book. His story – most likely ghost-written, rambles along like you’re sitting next to him at a bus station. He gives detailed accounts of one or two missions, but the rest – you might as well be talking to him at a birthday party while he tells you his life. He may be a very good sniper, but he’s not a great storyteller. 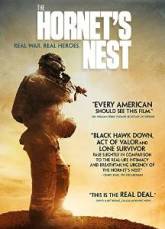 If you don’t have time to sit and read, there are some great war films out there, both fiction and non-fiction, that will put you in the line of fire. The Hornet’s Nest is probably the most realistic of them, because it’s actual footage. A father and son journalism team go to Afghanistan to cover what is supposed to be a one-day strike that turns into a harrowing nine-day seige. If you want to see and feel exactly what goes on, this is your film. You will be riveted.

If you’re looking for more of a Hollywood polish, I recommend The Hurt Locker, starring Jeremy Renner as a bomb disposal expert addicted to the adrenaline rush he gets in the face of danger. It has the documentary style, and will keep you on the edge of your seat. An ex-Marine handed me Full Metal Jacket, which I’d only heard of. A serious and yet farcical film directed by Stanley Kubrick in the best of the 70s style, FMJ gives you all the grit of Viet Nam with the horrific insensibility of M*A*S*H*. For any Firefly fans, check out a very young Adam Baldwin toting an old-fashioned Vera. I watched it three times in one week. Another I recommend is 9th Company, which is a Russian film about battles the Russians fought in Afghanistan in the 80’s. If you don’t mind subtitles, it’s an action-packed film that gives a non-American perspective.

Sometimes you have to step away from your comfort zone to find something wonderful. This time, I hit the jackpot. 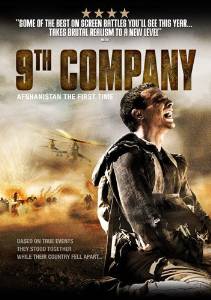 One thought on “One Million Steps”