Hard to believe that it’s been 10 years since “doggy memoir” Marley & Me came out. The runaway popularity of this dog tale spawned several spinoff books (Marley: A Dog Like No Other, Bad Dog, Marley!,  A Very Marley Christmas, to name a few), and a very successful movie (Marley & Me starring Owen Wilson and Jennifer Anniston). I cried like a baby, you know you did, too!

Suddenly, book deals for dogs became a regular thing. Stories of how animals make a difference in so many lives can make for some pretty compelling reading, especially if you’re an animal lover to begin with. Here are a few more dog tales that will tug at your heartstrings: 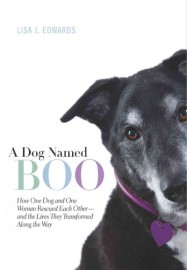 A Dog Named Boo by Lisa J. Edwards. Boo was found by Lisa in a cardboard box outside a pet store. Lisa, a professional dog trainer, felt drawn to the runt of the litter, and decided to take him home and train him to be a companion animal for her terminally ill brother, who was becoming more physically restricted by the day. Unfortunately, Boo turned out to be the class dunce. Boo’s apparent failure to live up to Lisa’s expectations was followed shortly by the loss of the family member she loved most. It was when things were at their worst, however, that Boo’s exceptional talent for giving love and comfort showed. 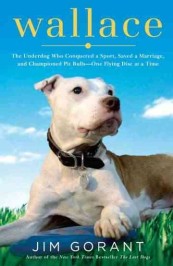 Wallace by Jim Gorant. Today, Wallace is a champion; but in the summer of 2005, he was living in a shelter, a refugee from a suspicious pit-bull breeding operation. Then Andrew “Roo” Yori entered the picture. A scientist and shelter volunteer, Roo could immediately see that Wallace was something special. When Roo learned that Wallace was about to be put down, he and his wife frantically fought to keep Wallace alive until they could adopt him. Overcoming everything from injuries to prejudice against the breed, the unlikely pair persevered to become world champions.

Until Tuesday by Luis Carlos Montalván. Captain Luis Montalvan never backed down from a challenge during his two tours of duty in Iraq. After returning home from combat, however, the pressures of his physical wounds, traumatic brain injury, and crippling post-traumatic stress disorder began to take their toll. Then Luis met Tuesday, a beautiful and sensitive golden retriever trained to assist the disabled. A unique story about the love between a man and a dog, and how they healed each other’s souls.

Some other wonderful stories about the bonds between humans and dogs include:
A Dog Walks Into a Nursing Home : Lessons in the Good Life From an Unlikely Teacher by Sue Halpern
You Had Me at Woof : How Dogs Taught Me the Secrets of Happiness by Julie Klam
Oogy : The Dog Only a Family Could Love by Larry Levin
Dogs Never Lie About Love : Reflections on the Emotional World of Dogs by Jeffrey Moussaieff Masson
Good Dog. Stay. by Anna Quindlen
Pure Joy : The Dogs We Love by Danielle Steel

We had so much fun this July at our Being Bilingual Rocks online program with Mi Amigo Hamlet and Alina Celeste!
Flashing back to 2015 with this one. One of our first bookfaces and still a favorite.
Drawing some crazy dinosaurs with award winning cartoonist and illustrator @rickstromoski!
Completed Summer Adventure packets are starting to come in! Our Summer Adventure program wraps up on August 14, participants have until then to complete a set number of challenges in order to be entered to win an awesome prize. You could win a personalized set of books, a VR gaming system, a backpack full of anime swag, gift cards to local businesses, and more!
We bid farewell to another CPL staffer last week. Erin started at CPL as a Library Page, and worked her way up to several positions from there. Along the way she decided to go for her library degree, and now she’s off to Austin TX to run a library at a magnet school. We’re so proud of Erin, but we’ll sure miss her!
Here’s what’s happening at CPL this week!
The Friends of the Library have generously donated a beautiful new Yamaha U1 piano to the library. The U1 is considered the most popular upright piano ever made and is “the standard against which every 48” vertical [piano] is inevitably compared”. This is an investment in the future of quality musical events at the library and we are incredibly grateful for the generosity of the Friends, especially after a year and a half without booksales! Look for our new piano to be showcased in many of this year’s concerts.
☀️☀️😳
What’s your go-to comfort read?