September 19th is Talk Like a Pirate Day.  There are many ways to celebrate. Dress like a pirate, talk like a pirate, watch a pirate movie, and, of course, read about pirates.

How to Talk Like a Pirate: Take Pirate language lessons from Mango Languages. Available online from the Cheshire Library’s eResources page. Click on the Languages button and login to Mango to learn the proper way to talk on the high seas. 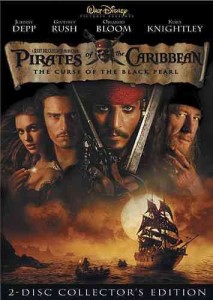 Pirate Movies. We’ve not only got all the Pirates of the Caribbean movies, but  several other pirate films and TV series, too.

The Pirates! Band of Misfits (DVD – Animation)
After years of failed attempts to win the Pirate of the Year Award, Pirate Captain and his oddball crew go on a race to pillage the most booty.

Pirates: Dead Men Tell Their Tales (Downloadable)
Step back in time and discover the magic of the real Pirates of the Caribbean investigating the stories of Blackbeard, Sir Henry Morgan, Captain Kidd,  Anne Bonny and Mary Read. 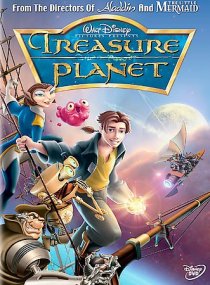 Treasure Planet (DVD – Animation)
Young Jim is given a map that charts the course to Treasure Planet, a distant world where hundreds of space pirates have stashed their loot.

Black Sails: The Complete First Season (DVD)
In 1715 New Providence Island is controlled by notorious pirate captains, and the most feared is Captain Flint. As the British Navy returns to exterminate Flint and his crew, Flint allies himself with Eleanor Guthrie, daughter of the local kingpin.

Cutthroat Island (DVD)
Morgan Adams, the female captain of a pirate ship, is on a treasure hunt for millions of pounds of gold buried on Cutthroat Island. She and her uncles each hold sections of the map to the treasure, but her Uncle Dawg would rather kill everyone in his way, including his niece.

Captain Blood (DVD)
A swashbuckling classic. After he treats wounded English rebels, physician Peter Blood (Errol Flynn) is arrested and sentenced to slavery in Jamaica. But Blood leads fellow slaves in an escape and strikes terror into the Jamaicans as the pirate Captain Blood.

Pirate by Clive Cussler (Fiction)
Confronted by a determined adversary, husband-and-wife treasure hunters Sam and Remi Fargo embark on an international quest involving an eight-hundred-year-old relic and a brutal murder. Also available as an eBook.

Pirate King by Laurie R. King (Fiction)
Mary Russell, wife to Sherlock Holmes, is traveling undercover along with a film crew that is ready to shoot a pirate movie. When the crew embarks for their Morocco location, Russell feels a building storm of trouble:  a film crew with secrets, decks awash with romance, and now the the real buccaneers the studio has recruited to provide authenticity are ignoring the movie studio owner and answering only to their dangerous outlaw leader. Also available as an audiobook.

Pirate Hunters: Treasure, Obsession, and the Search for a Legendary Pirate Ship by Robert Kurson (Non-fiction)
Pirate Hunters’ is a gripping account of two courageous divers’ quest to uncover the shipwrecked vessel of Joseph Bannister, one of history’s most infamous pirates. Also available as an audiobook.

Daughter of the Pirate King by Tricia Levenseller (Young Adult Fiction)
Sent on a mission to retrieve an ancient hidden map, pirate captain Alosa deliberately allows herself to be captured by her enemies. Now the only thing standing between her and the map: her captor, the unexpectedly clever and unfairly attractive first mate Riden. Her power to enchant with song makes her a formidable foe– Alosa is only half-human, the daughter of a pirate king and a siren.

Today is National Talk Like Pirate Day! Celebrate this fun day with us by enjoying some great pirate themed picturebooks! Everyone loves a great pirate tale, and these are fun stories that you can share with the whole family while getting into the spirit of a silly holiday.

Pirate Pete’s Talk Like a Pirate by Kim Kennedy
In search of a crew, Pirate Pete and his parrot look for “stanky scallywags” who possess certain conversational skills.

The Pirate Princess by Sudipta Bardhan-Quallen
Tired of the royal life, Princess Bea boards a pirate ship and sets out for adventure on the high seas but soon finds she is not good at swabbing decks, cooking in the galley, or keeping watch from the crow’s nest.

Small Saul by Ashley Spires
Small Saul is a different kind of pirate. Will Small Saul be able to prove his worth as a pirate or will he be thrown overboard?

You might also want to check out  The Pirates Next Door: Starring the Jolley-Rogers by Jonny Duddle, Pirate vs. Pirate: the Terrific Tale of a Big Blustery Maritime Match by Mary Quattlebaum, The Gingerbread Pirates by Kristin Kladstrup, The No-Good Do-Good Pirates by Jim Kraft, or Henry & the Crazed Chicken Pirates by Carolyn Crimi.

Would you prefer to learn about real pirates instead of reading picturebooks, or to follow up a fun tale with factual adventures? Then check out these children’s nonfiction books that they whole family can enjoy.

The Pirate Queen by Emily Arnold McCully, Women of the Sea: Ten Pirate Stories by Myra Weatherly, Blackbeard, the Pirate King: Several Yarns Detailing the Legends, Myths, and Real-life Adventures of History’s Most Notorious Seaman: Told in Verse by J. Patrick Lewis, Pirates: Facts, Things to Make, Activities by Rachel Wright, I Wonder Why Pirates Wore Earrings: and Other Questions about Piracy by Pat Jacobs, Pirates by Peter Chrisp, Real Pirates the Untold Story of the Whydah from Slave Ship to Pirate Ship by Barry Clifford, Pirates : Robbers of the High Seas by Gail Gibbons, and Sea Queens: Women Pirates around the World by Jane Yolen.