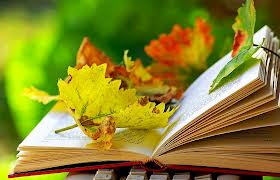 The days are getting shorter, nights longer.  Soon you’ll be looking for that perfect book to curl up with.  Here are some great mystery/thrillers to look forward to this fall.

Doctor Sleep by Stephen King – Stephen King returns to the character and territory of one of his most popular novels ever, The Shining, in this instantly riveting novel about the now middle-aged Dan Torrance and the very special twelve-year-old girl he must save from a tribe of murderous paranormals.

Sycamore Row by John Grisham – John Grisham’s A Time to Kill is one of the most popular novels of our time. Now we return to that famous courthouse in Clanton as Jake Brigance once again finds himself embroiled in a fiercely controversial trial-a trial that will

The Death Trade by Jack Higgins – The master of suspense returns with a cutting-edge tale that pits his heroes Sean Dillon and Sara Gideon against the nuclear ambitions of Iran.

Ask Not by Max Allan Collins – Fifty years after JFK’s tragic death, Collins’s rigorous research for Ask Not raises new questions about the most controversial assassination of our time.

Accused by Lisa Scottolini – New York Times bestselling and Edgar Award–winning author Lisa Scottoline revolutionized crime fiction when she introduced her all-female law firm of Rosato & Associates, thrilling readers with her twisty, fast-paced plots and capturing their hearts with her cast of strong and relatable female characters. Now Bennie Rosato, Mary DiNunzio, Judy Carrier, and Anne Murphy are back with all cylinders firing in Accused.

Flashing back to 2015 with this one. One of our first bookfaces and still a favorite.
Drawing some crazy dinosaurs with award winning cartoonist and illustrator @rickstromoski!
Completed Summer Adventure packets are starting to come in! Our Summer Adventure program wraps up on August 14, participants have until then to complete a set number of challenges in order to be entered to win an awesome prize. You could win a personalized set of books, a VR gaming system, a backpack full of anime swag, gift cards to local businesses, and more!
We bid farewell to another CPL staffer last week. Erin started at CPL as a Library Page, and worked her way up to several positions from there. Along the way she decided to go for her library degree, and now she’s off to Austin TX to run a library at a magnet school. We’re so proud of Erin, but we’ll sure miss her!
Here’s what’s happening at CPL this week!
The Friends of the Library have generously donated a beautiful new Yamaha U1 piano to the library. The U1 is considered the most popular upright piano ever made and is “the standard against which every 48” vertical [piano] is inevitably compared”. This is an investment in the future of quality musical events at the library and we are incredibly grateful for the generosity of the Friends, especially after a year and a half without booksales! Look for our new piano to be showcased in many of this year’s concerts.
☀️☀️😳
What’s your go-to comfort read?
Want to feel old? R.L. Stine’s #Goosebumps book series turns 29 years old this month!