My blog post about MP3-CDs several years ago generated an unexpected interest – what was different about an MP3-CD audiobook? Did I need a special player? And how did they get an entire book onto one single disk? I answered the questions, but it bugged me that I didn’t answer them enough. And when I dug just a little deeper, I realized the answer might be why there’s such a resurgence in old-fashioned vinyl LP records (kids, ask your grandparents).

Back in the 1980’s, as CD and digital technology was taking off, committees were formed to create the format, so that the technology could be used anywhere. JPEG, that familiar photo tag, was formed first, the Joint Photographic Experts Group (1986), and they set the coding and standardization of digital transfer and storage of still photographs. MPEG-1 committee followed a year later, the Moving Picture Experts Group, Phase 1, which included both video and sound. It remains the most widely compatible audio-visual format in the world, and we all know the MPEG-1 Layer III by its short form of  .mp3.

When CDs hit the market, they took off like wildfire. You didn’t have to worry about 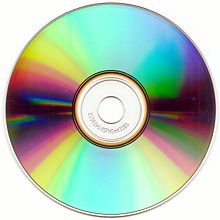 needle and dust scratches ruining the fidelity of a record, and even better, you could carry that music with you wherever you went, just like a tape cassette but without all the mess and rewinding. Not all musicians jumped on it, though. Just as John Phillip Sousa hated the invention of the record, Neil Young was one of the earliest critics of CDs and delayed putting his music onto digital format, as is David Crosby, two men who know just a bit about music and the recording industry.

The Battle for Quality

And here’s why: MP3-CDs use what’s called lossy compression, a form of psychoacoustics (your gold-star word of the day). What it does is reduce or eliminate sounds that the system thinks the human ear can’t hear, either because they’re out of normal frequency or other sounds might be louder and keep you from hearing them. Once all that “useless” noise is gone, the audio files are a LOT smaller – enough to fit that whole audiobook onto one or two discs. Of course, in doing so, you lose a lot of sound quality, like when you send a low-resolution photo over the internet, or use a cell phone inside a tunnel.

The Return of the LP

And for all those people who said LP records were dead, here’s why more than 14 million of them were sold last year (14% of ALL album sales).  By the early 1900’s, when records became a thing, they were made of shellac (that bug resin), had a wide, noisy, grinding groove (think of those 1920’s recordings), and at 78 rpm (the speed they spun at), you could get no more than 5 minutes of play to a side – no American Pie, no Thriller, and forget In a Gadda Da Vida. That lasted until 1949, when Long-Playing (LP) records came out on vinyl (good ol’ PVC). At a speed of 33 rpm, with a finer groove that runs al

most a third of a mile, they played more than 20 minutes of music per side, with a much higher sound quality. Stereo, which recorded two channels and put one on each side of the same groove, giving you that left and right sound, came in 1957. In a vinyl record, the sound waves from the microphone are transferred directly by needle to a core, which is transferred to a metal master, which is then pressed into vinyl. A needle then rides the groove, transferring those same exact soundwaves to the speakers. With proper speakers and tuning, the result is a rich, deep, acoustic sound much more like live music. Listen to enough LPs, and you really can hear the canned music effect on a CD recording. There is no comparison if you are a music purist.

So, what’s playing on modern LPs? Ed Sheeran’s Divide was a top seller in 2017, and the old/new sound track to Guardians of the Galaxy, Awesome Mix No. 1, but so were the classics – Sgt. Pepper’s by the Beatles, Abbey Road, Thriller, and still, forty five years later, the champion of staying power, with more than 1,000 weeks on the top-200 best-selling albums, STILL selling more than 8500 albums a week, Pink Floyd’s 1973 Dark Side of the Moon.

For audiobooks, where one or two voices may recite a book in a calm, steady voice, you might not notice just how much sound is missing when you listen to it – enough to cut out six or seven discs worth. For music, I urge you to find a friend or a library that still has music LPs and players. Listen to the album (Dark Side of the Moon is amazing with serious headphones and a very dark room), and then listen to the digitally compressed MP3 files, missing highs and lows and the depth they provide. It might take a few tries, but you will start to hear the differences, and while MP3s are so fabulously convenient and almost foolproof, it just can’t compare to a good LP.

Fun fact: There is a gold-plated LP traveling the galaxy. Sent aboard the Voyager spacecraft in 1977 with recordings of Earth music, it is now more than 11 million miles away. MP3s only made it as far as the Space Station.