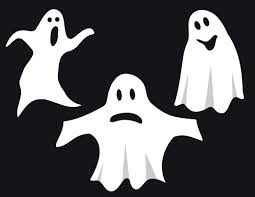 October brings to mind….ghosts!  Libraries are very popular resting places for ghosts to occupy.  Staff at the Cheshire Public Library are sure we have our own ghost – and our night-time cleaning service is positive we hav 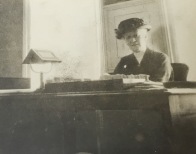 e one.  One of the cleaning staff was vacuuming one night and the plug kept coming out of the wall socket.  When he looked around, he saw a ghostly image.  He was so spooked, he never returned to the library.  We assume it was Mary Baldwin, who served as the first Director of the Cheshire Public Library from 1892 to 1921.

1.  The Willard Library in Evansville, Indiana – The library has been investigated by several paranormal organizations and they have ghost cams set up throughout the library so that at-home ghost hunters can see if they can spot The Grey Lady.

2.  The Saline County Library in Benton, Arkansas – Librarians began to suspect that the building was haunted after hearing phantom footsteps, seeing paperback carousels rotating by themselves, as well as books falling from the shelves.

3.  Peoria Public Library in Peoria, Illinois – This public library is said to have been cursed in 1847 by Mary Stevenson Gray (or Grey), who previously owned the land where the library now stands. The curse is rumored to have caused the untimely deaths of three library directors in the early 20th century who now haunt the library.

4.  Scottsdale Public Library in Scottsdale, Arizona – The Arabian and Civic Center branches of the Scottsdale (AZ) Public Library have been investigated by professional ghost hunters Sonoran Paranormal Investigations and have been found to be haunted. The investigation was done at the Library’s request after many reports of books and other objects moving by themselves, cold spots in the library and more.

5.  Ramona Convent Secondary School in Alhambra, California – A nun in a white habit has been seen by students roaming around the library.

8.  Murry and Leonie Guggenheim Memorial Library at Monmouth University in New Jersey – It is said that a lady in white walks down the staircase at midnight when the library closes.

9.  Parmly Billings Library in Billings, Montana – A dark-haired woman in the basement and a whistling ghost, and a ghostly man wearing jeans and work boots on the second floor are just some of the haunts at this library.

10.  Phoenixville Public Library in Pennsylvania – This library is haunted by three different ghosts that inhabit the recently renovated 1902 building. One is described by the library’s Executive Director John Kelley as a lady wearing a bustle dress who haunts the attic.

If you’d like to cozy up with some great ghost movies, the Cheshire Library has a terrific selection.   Here’s a sampling: 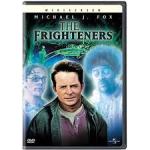 City of Ghosts – An American swindler goes to Cambodia to search for his partner and his portion of a scam that has gone wrong.

Thir13en Ghosts – A man and his daughter inherit a house from their eccentric uncle and all the ghosts who reside there.

John Carpenter’s Ghosts of Mars – Mars has been colonized because of overpopulation on Earth. This displeases the ghosts of Mars, who rise to possess humans and turn them into maniacal zombies to take “vengeance on anyone who tries to lay claim to their planet.” This leads to a wary alliance between survivors, members of the Mars Police Force, and a criminal (Ice Cube).

The Others – Grace, a devoutly religious mother, has moved with her family to a mansion on the English coast, awaiting her husband’s return from the war. Her two children both suffer from a rare photosensitivity disease that renders them extremely vulnerable to sunlight, prompting the rule of having only one door open in the house at a time. When one of the children claims to see ghosts, Grace at first believes her newly-arrived family of eccentric servants to be responsible, but as events become stranger, she begins to wonder if something supernatural is indeed going on.

Ghost Town – Bertram Pincus is an irritable dentist whose people skills leave much to be desired. Pincus dies unexpectedly, but is miraculously revived after seven minutes, he wakes up to discover that he now has the annoying ability to see ghosts. Even worse, they all want something from him. Frank Herlihy, in particular, pesters him into breaking up the impending marriage of his widow Gwen. Now, Pincus is put squarely in the middle of a triangle with spirited result.

The Fog – A fog-enshrouded schooner from 1865 returns from the bottom of the sea to wreak vengeance on the locals of the island, and it’s up to local DJ Stevie Wayne (Blair), her charter-boat-captain lover, Nick (Welling), and his wayward girlfriend, Elizabeth (Grace), to save the day. All three are related to the town’s founding fathers, with whom the shipbound ghosts have an ancient score to settle. What that score is no one seems to know, but they need to find out, fast.

The Changeling – Working-class suburb Los Angeles, 1928. Christine says goodbye to her son, Walter, and departs for work. Arriving home, Christine discovers that Walter is nowhere to be found. Christine launches a desperate a search for her son. Then, a boy claiming to be Christine’s son appears out of thin air. Knowing the boy is not hers, Christine invites the child to stay in her home.

Beetlejuice – A recently deceased Connecticut couple decide to use the maniacal bio-exorcist Betelgeuse to help rid them of the trendy New Yorkers who have moved into their home.

The Frighteners – A professional exorcist in a town where evil is afoot finds himself at the middle of a mystery when one ghost decides to go on a murder spree and the townsfolk suspect him of the crimes.

Ghostbusters – A group of parapsychologists start a ghost pest control.

Sixth Sense -A boy who communicates with spirits that don’t know they’re dead seeks the help of a disheartened child psychologist.

Paranormal Activity – Katie and Micah are a young middle class couple who are engaged to be married. After moving into a suburban ‘starter’ house in San Diego, California, they begin hearing noises while trying to sleep. Not knowing if the presence is demonic or not, they attempt communicating through a Ouija board, angering the spirit further. Now they may never sleep again, or they may never wake up!

The Children’s Department also has a large assortment of ghost movies suitable for younger viewers.  Stop in and take a look!

Feeling technologically challenged? We just got some books in that’ll help you get up to speed in no time!
Happy Earth Day! This week on our Blog (link in bio), we’re featuring 11 books for young climate activists. Check them out at CPL!
A new library baby is coming soon! Today we had a baby shower for Children’s Librarian Lauren.
New General Fiction and Romance paperbacks on our shelves. Zoom in on the photos to do a little #virtualbrowsing and place requests through our online catalog at cheshirelibrary.org. We’ll get them ready for you!
Our Poet-Tree is filling out! Swipe through to see some of the new poems added to our tree. Add a favorite or original poem to the tree by filling out the leaves provided, or emailing us at tech@cheshirelibrary.org.
Fan fiction.
We just added some new Lit Kits for pre-readers ages 1-3! These early literacy backpacks contain 3 board books on a theme (letters, numbers, colors, and shapes) and an activity guide for parents to keep. Find them in the New Books section of the Children’s Room!
Happy (?) National Stress Awareness Day...
Good news! The library's front doors and front book drop are now open.