There are sparkly decorations everywhere, peppermint mochas are appearing at the coffee shop, and your mailbox is crammed with ads for door-buster sales. Yep, it’s the season for the gift-giving celebrations of Christmas and Hanukkah! But you don’t have to belong to any religion to have some fun this season. Here are a few cultural holidays that anyone can enjoy, along with television series to watch for hours on end while you’re off from work and school.

Way back in December of 1997, millions of Seinfeld fans tuned in to watch the episode “The Strike” and were introduced to Festivus, a made-up holiday celebrated by Frank Costanza as a rebellion against the commercialism of Christmas. Fast forward to the present, and lots of people have taken to celebrating Festivus in their homes, dorms, and workplaces. The common rituals of Festivus are as follows:

1) Displaying the Festivus Pole – an unadorned aluminum pole. (You can actually buy these online!)
2) A celebratory Dinner – make anything you like, as long as it’s celebratory.
3) Airing of Grievances – this takes place immediately after dinner is served. Participants take turns complaining about how everyone has disappointed them in the past year.
4) Feats of Strength – after dinner, the head of the household selects a person to challenge to a wrestling match. Festivus officially ends when the head of the household is pinned.

Fun fact: Festivus actually goes back to 1966 when Seinfeld writer Dan O’Keefe’s father first instituted the tradition to celebrate an anniversary, and the family continued to celebrate it whenever Papa O’Keefe felt like it. Instead of an aluminum pole they had a clock in a bag, and they shared a Pepperidge Farm cake decorated with M&Ms

Binge Watch: Seinfeld. What else?

Maybe you’ve seen Boxing Day on your wall calendar and had no idea what it was. Let’s Return Unwanted Gifts Day? A fisticuffs tournament over the last piece of pie? Nope! It’s a holiday in Great Britain and almost every place the British settled, except for the U.S. Nobody is sure where the name originated, though some believe it comes from the alms boxes set up in churches during the Advent season (which were then broken open and distributed on the 26th), or from the gift boxes presented to servants who had to work on Christmas but had the following day off.

Whatever purpose it once had, Boxing Day is now a relaxing day off to visit relatives, sit around and eat leftovers, and watch soccer. Among the wealthy, fox hunting used to be a popular Boxing Day activity before the practice was banned in 2004. Those with disposable income now hunt for bargains instead – it has become a huge shopping day, comparable to our Black Friday.

Binge Watch: If you’re not going to tune in to one of 10 Premier League games, pick up a Blu-Ray of The Paradise, a BBC series following a shop girl in Britain’s first department store.

Born out of the Black nationalist movement, Kwanzaa is a relatively young holiday, created in 1966 by Black Studies professor and activist Maulana Karenga as a way for African American to celebrate their heritage and connect to their community. It fuses elements from numerous African cultures – the term Kwanzaa derives from the Swahili phrase “matunda ya Kwanza” or “first fruits of the harvest,” and draws from the harvest celebrations of the Ashanti, Yoruba, Ibo, and other West African tribes (from which most African Americans have descended). There’s feasting and singing, of course, but the most important part of Kwanzaa is celebration of the seven principles – things like creativity and self-determination – that are represented by lighting one candle each night of the holiday.

Kwanzaa reached its height in the 1980s and 1990s, and about 2% of the U.S. population celebrates the holiday today. However, Americans of any heritage can set out a kinara on the mantle and celebrate our country’s diverse history.

Which holidays are you celebrating this year?

I am the antithesis of a fashion guru. I spent twelve years in sweats and T-shirts as stay at home mom. If I don’t like the colors of the year, I don’t buy clothes. I wear what I like, whether it’s gypsy skirts, rhinestones, boatnecks, or a tiara. I have a 20-year old bridesmaid’s dress that has more miles on it than my “regular” clothes, and a 15-year old coat with a broken zipper that I repaired with velcro and folk-art trim. I go to a mall maybe twice a year, when I can’t avoid it. I have a hoard of patterns I’ll pull out and whip up shirts or shorts or skirts from old clothes or sheets. So I am at a total loss about why I like reading books about fashion and purchasing. Maybe because it’s so foreign to me, it becomes a peep-show into another world.

My curiosity began with the book Deluxe: How Luxury Lost its Luster by Dana 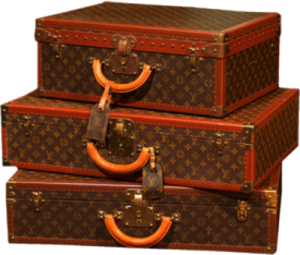 Thomas. Thomas traces the rise of super-elite fashion items, from Vuitton to Chanel to Burberry and more – names I know only from magazine ads. What began as high-quality, individually hand-crafted merchandise, as was almost inevitable, is now made almost exclusively overseas to boost profits. The quality has decreased along with it, but not the price. After reading how these super-designers began as simple sewers who went home and made their own creations, I pulled out my sewing machine, designed and sewed my own custom-tailored handbags, and vowed never to purchase someone else’s design again.

In Overdressed: The Shockingly High Cost of Cheap Fashion, by Elizabeth Cline, Cline focuses on how the clothing industry has taken a dive since the 1990’s. By 2000, almost all clothing production has moved overseas in an attempt to maintain high profits and offer low, low prices. The 2000s saw the rise of Fast Fashion, meaning stores try to be in perpetual production, having new items every week instead of seasonally at the sacrifice of quality, style, and size, with some companies able to follow trends from concept to store in as little as six weeks. The marketing scheme of low, low prices is disastrous for the environment and for the economy, balanced on people who compulsively buy more than they can afford and possibly wear, items that fall apart after three washings and then are thrown away at the rate of hundreds of tons per month – mostly polyester, which is uncomfortable, not recyclable, and not even useful as rags – and no, neither the Salvation Army nor the poor of Africa want these useless third-rate garments. It creates the sweatshops and child labor of Asia, where the focus is on ever-cheaper labor costs to maintain profit – modern slavery. It has destroyed the US garment industry, and put thousands of US workers out of jobs.

In Cheap: The The High Cost of Discount Culture, by Ellen Ruppert Shell, Shell

covers much the same idea but in the concept of our press-board, Ikea-Walmart-Dollar Store culture. Instead of buying fewer high-quality goods that may last decades, our instant-gratification society is held up with super-cheap garbage that might last a year, if lucky. As forests are cut away to make the pulp that goes into throw-away furniture, as the demand for metals goes up to furnish wire or aluminum for lamps and chairs, the ecology of entire communities can be laid waste – let alone trying to find landfill space for all the broken cheap items. Cheap is nowhere near as cheap as you think it is. While Shell makes many interesting and valid points, at times her book slipped into heavy economics, which made my head spin. Skip the numbers, read the rest of the book.

In Priceless: The Myth of Fair Value and How to Take Advantage of It, William Poundstone discusses the psychology involved in pricing items and making

purchases. Do you remember the gas crises of the ’70’s, when gas stations waged war by dropping to 48 6/10ths, or 54 and 3/10ths instead of 9/10ths?  And we rushed to save a quarter of a penny? Do you wonder how stores can afford to give  60% sale and stay in business?  Or why you jump for joy when you snatch an item at Marshall’s that reads $59 – Compare at $135 and think you’re getting the steal of the century? Did you know that people will work for chocolate with the same behaviors as for money? Poundstone discusses how consumers are manipulated by very precise, controlled, and deliberate pricing strategies meant to maximize profit and induce you to buy – and how you can avoid those traps.

Nothing in this world comes without a price. Fashion, art, craftsmanship, and superb quality are becoming lost to generations in our quest not for beautiful items that will last years, but for more, more, more, more, an unsustainable chant fueled by governments that don’t know what else to say, most of which winds up in landfills where it may take more than a century to degrade. Choose wisely when making purchases, think about where the product is made, is it made with fair trade wages, is it good for the planet.  If you do buy, no matter what quality or price, always remember: reduce, reuse, recycle.

Did you know? Cheshire Library has passes to 14 different local museums, zoos, and parks? These passes are available to Cheshire residents on a walk-in basis (no reserves), and go out for 3 business days. Take a summer adventure with one of our Museum Passes! Visit cheshirelibrary.org/museum-passes to see the full list of passes available.
New middle-grade fiction on our shelves! See something you like? Place a request through our online catalog and we’ll let you know when it’s ready to pick up, it’s as easy as that!
Have you signed up for our Summer Adventure program yet? Kids and adults of all ages can sign up online or in-person at the library. Get a cool drawstring backpack when you sign up (while supplies last, claim yours quickly before they’re all gone!).
See what's new this week at the Cheshire Public Library at:
Pictures from our Pete the Cat music program! A groovy time was had by all!
Smile and Look Pretty by Amanda Pellegrino is our pick for today’s #bookfacefriday.
We had a very special guest from Country Quilt Llama Farm yesterday!
Unfortunately, the weather is not favorable for tonight’s outdoor concert. ☹️
New kids’ nonfiction titles in the Children’s Room!