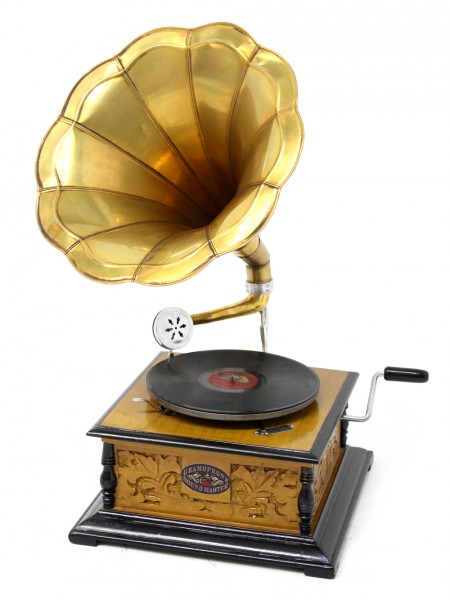 Music and its forms have always been in a state of flux. While operas often dragged for hours, recording them, when the means became available, was a different problem. When temperamental wax cylinders gave way to 78 rpm shellac discs, you had 5 minutes of music before you ran out of groove and had to turn it over.  Post-WWII, when brittle shellac gave way to more forgiving vinyl, record speed dropped to 33 rounds per minute, allowing up to 22 minutes per side on a 12” “long-playing” record (or LP, for short.). When the 45 rpm single – cheaper to produce, cheaper to purchase – became standard, music averaged 3-5 minutes a side.

If you wanted to get airplay on a radio, music had to be submitted on a 45, thus most popular songs were limited to around 3 minutes in length (Hence Billy Joel’s line from The Entertainer: “If you’re gonna have a hit, you gotta make it fit, so they cut it down to 3:05”). Albums could play for as long as 20 minutes a song on each side. Jump up to CD, and you can now go to 100 minutes. Streaming? The only limit is your tolerance.

So what’s the long and short of it? What are the longest and shortest songs on the road to success? The 50’s and 60’s, with the advent of transistor radios to make music portable, saw an explosion of short catchy tunes, meaning more could be crammed onto the radio, which meant more airtime, more commercials, and thus more money all around. Elvis consistently comes in under two minutes (Let Me be Your Teddy Bear – 1:43, Are You Lonesome Tonight, 1:25) as do the early Beatles ( From Me to You, 1:56, Please Please Me, 1:59), Summer Time Blues by Eddie Cochrane (1:58), and Hit the Road, Jack by Ray Charles (1:58).

Albums play around more – If you’ve got 18 minutes of music, but can squeeze one more short track in, you fill it. Styx’s legendary Paradise Theater album has 3 blink-and-they’re-over tracks (AD 1928, 1:07, State Street Sadie – a flash at 33 seconds, and AD 1958, 1:06). Pink Floyd, who loves to drag out a tune, logs in at 1:25 with Pigs on the Wing, a beautiful melody on the Animals album. Frankie Goes to Hollywood’s legendary Welcome to the Pleasuredome album clocks in two blips – Snatch of Fury, at 36 seconds, and The World is my Oyster, which is 1:02, perhaps 45 seconds longer than the track needs to be.

But just how long can you carry a tune? Well, outside of perhaps an opera or symphony (Beethoven’s 9th is about 70 minutes long). American Pie takes up both sides of a 45 at 8 minutes 32 seconds, and Hey Jude clocks in at 7:11, perhaps the longest singles on 45s. But when you hit albums and their longer tracks, if you count all nine parts of Pink Floyd’s ethereal “Shine On You Crazy Diamond” from the album Wish You Were Here, it totals 26:01, the longest segment being over 13 minutes. You could add Rush’s 2112, at 20:33, Yes’s Close to the Edge at 18:30, or the legendary In a Gadda da Vida by Iron Butterfly at 17:05 – three songs that can carry you clear across the state.  Meatloaf’s I’d Do Anything For Love (But I Won’t Do That) made it to Number One on the Charts with a time of more than 12 minutes, so length does not affect popularity at all.

With the pandemic, streaming of music and even live concerts has increased in popularity. While the current trend is to make shorter songs for the attention-short listener, it will be interesting to see in the next five years or so if, freed from the limits of physical media, musicians will increase the length of their songs or not. Genres are losing their hold as streaming crosses boundaries (ie, Jimmy Buffett gets mixed with a lot of country), 24-bit audio capacity has lead to quieter music (less digital noise on soft tracks and streaming services even out loud tracks anyway), music labels are losing importance as musicians self-release songs, and songs are even breaking up their ages-old format and frequently starting with the chorus instead of a verse. We might cringe at the pace of the changes, but in the end, for the musicophile, it’s a wonderful time for variety and a widening range of music.

The third annual Cheshire Scarecrow Competition has begun! Cheshire Library put our scarecrow up on Monday, it’s so fun to see the scarecrows on display all over town!
New PlayAway audiobooks for adults! If you’ve been in the Children’s Room, you probably noticed the large selection of PlayAway audiobooks we have for kids and teens. Adults didn’t want to be left out, so we’ve started a collection of adult titles, too! PlayAways are an all-in-one system of audiobook and player. Each player contains a full audiobook preloaded and ready to listen to. No downloads, just press play! Find them on the New Audiobooks shelf!
John Green on how libraries benefit readers AND writers.
See what new and upcoming titles have been been added to our catalog this week at the Cheshire Public Library:
This #travelinglibrarycard decided to visit the local library while in Ogunquit, ME. Do you check out local libraries when traveling?
Feeling a little Wired today, thanks to this #bookface.
Did you know - we have board games that you can check out for 2 weeks at a time? Come in and grab a game for the weekend!
Great panel discussion tonight, four crime fiction authors shared their processes for creating characters. Thanks to @sincconnecticut for putting this panel together.
Here’s what our Book Clubs are reading for October! We expanded our popular “Books Over Coffee” book club to include an evening meeting (which we’ve dubbed “Books Over Cocoa”) so that more people can participate. Our Murder by the Book Mystery Book Club meets online, the rest meet in person. Sign up through our online Event Calendar and join the fun!