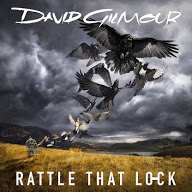 I am a semi-hard-core Pink Floyd fan. I’ve likely spent more hours listening to them than any other musical group, and I think I know the entire Wall album from memory – lyrics and orchestration. So when David Gilmour, who, along with Roger Waters wrote many of their greatest hits, came out with a new album, Rattle that Lock, of course I had to listen to it.

The album, I must admit, left me with mixed feelings. It’s a varied album, with some pieces (The Girl in the Yellow Dress) being almost classical jazz, and others being such classic Floyd in tone you can almost recognize lines from Learning to Fly (Echoes), and riffs straight from The Wall. Parts of it are cranking rock, and other parts are very ethereal and New-Agey in feel – not unlike inventive Floyd tracks from Dark Side of the Moon. There are even two instrumental tracks. It was good, it was fresh, but I’m still not sure if I liked it. I’m not a jazz person, no matter how hard I try, and though I love my Floyd, it’s 2015, not 1979, and I want to say, “Yes, it’s good, but what are you doing now?”

Which got me to thinking: Why is it often so easy to pick out a band/singer on the radio? Because they are often stuck in the same style that made them famous. Their songs are caught in a groove of sound – it’s a good sound, but it doesn’t change. Sometimes they try but the fans turn away, because it’s not “their” sound. Sometimes they do and it works beautifully (how many heavy metal bands have one or two incredible slow ballads, like Kiss’s Beth, or the Scorpions’ Still Loving You?). Listen to The Police’s Every Breath You Take – the first four songs are almost identical in format, all hits, but identical. I love R.E.M., but they get monotonous if you listen to six albums in a row. As George Thorogood said, “I only know four chords on the guitar, so of course all my songs sound alike.”

According to the internet, some of today’s popular bands are guilty of unoriginality and being one-trick ponies. Not even getting into Boy Bands, or Brittney, or other manufactured stars (it’s fair to place The Monkees here, too), too many artists sound – well, too much like themselves. Pete Townshend’s last albums drifted song to song like a dream; you couldn’t tell where one ended and the next began, and he’s a music legend. Ed Sheeran, Oasis, Ke$ha, Flo Rida, and the often-unfairly picked on Nickelback are among the worst offenders, by internet polls. Having a trademark “sound” is good, but a truly talented musician masters versatility.

So who, then, has successfully changed their tunes and embraced versatility over the

years? Both Paul McCartney and Billy Joel have attempted branching out into classical music, but classical music doesn’t rake in money on radio ads. One I would consider would be Cindy Lauper – she’s older than you think. Before she was a shock-haired icon of the 80’s, she fronted a rockabilly band called Blue Angel. They put out one album, Blue Angel (duh), which did well in the Netherlands, but you could see the genius. Check it out here: https://www.youtube.com/watch?v=36MgP5Hg6KU. To go from Money Changes Everything to Above the Clouds on her Body Acoustic album – she has an impressive range. What a Broadway career she could have had! Oh wait – she wrote all the music for Kinky Boots, winner of 6 Tony awards, including Best Musical and Best Score!  She’s not as ditzy as she looks.

Another would be Robert Plant – the former lead singer for hard-rocking Led Zeppelin. Post-Zeppelin he formed the R&B group The Honeydrippers in 1981, and they shot up the charts with their # 3 slow-dance hit Sea of Love. If that wasn’t different enough, he’s recorded several folksy albums with Allison Krauss – my personal favorite being “Trampled Rose” from the album Raising Sand. Truly, no one would guess this soulful folk singer is one of heavy rock’s legends.

A third I would nominate would be David Bowie (yes, 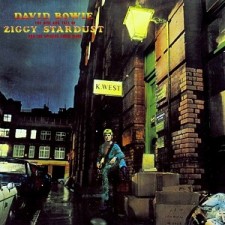 I’ve chosen all older musicians, because 40-50 year careers are living, breathing entities). Ziggy Stardust is a far cry from his later success with Suffragette City, and another layer removed from 2013’s The Next Day album, let alone his (in)famous duet with Bing Crosby on The Little Drummer Boy – and the soundtrack to Labyrinth.

So now we know David Gilmour can write and play good jazz, even if it feels like the jazz is being played in the dance hall of a Pink Floyd dream. Is it progress or stagnation? You have to decide that for yourself.